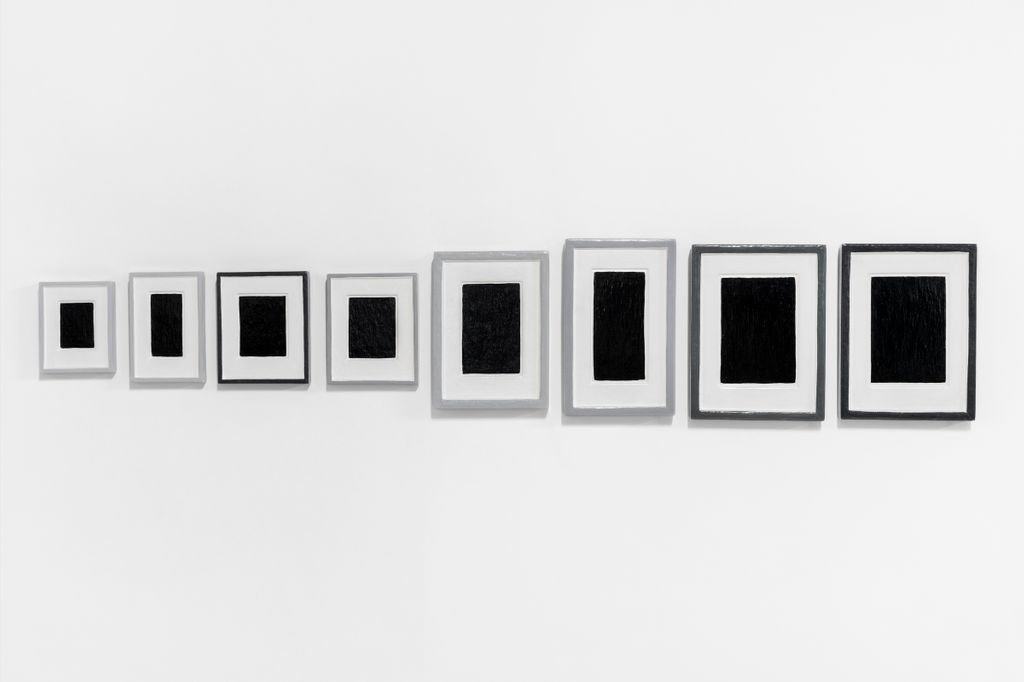 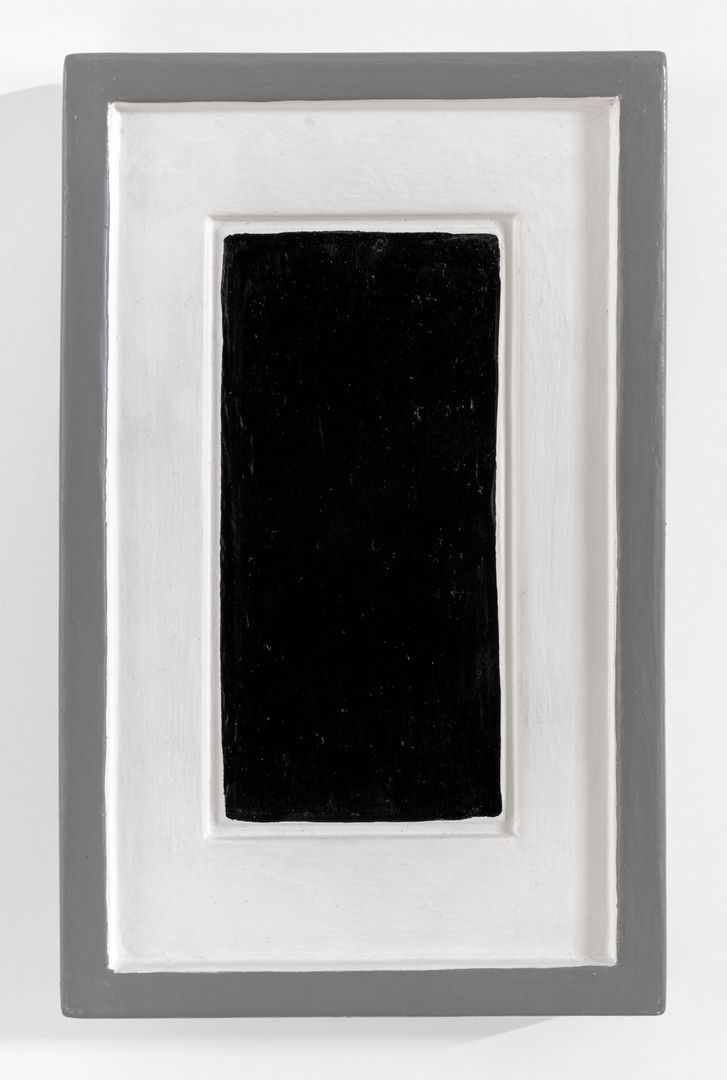 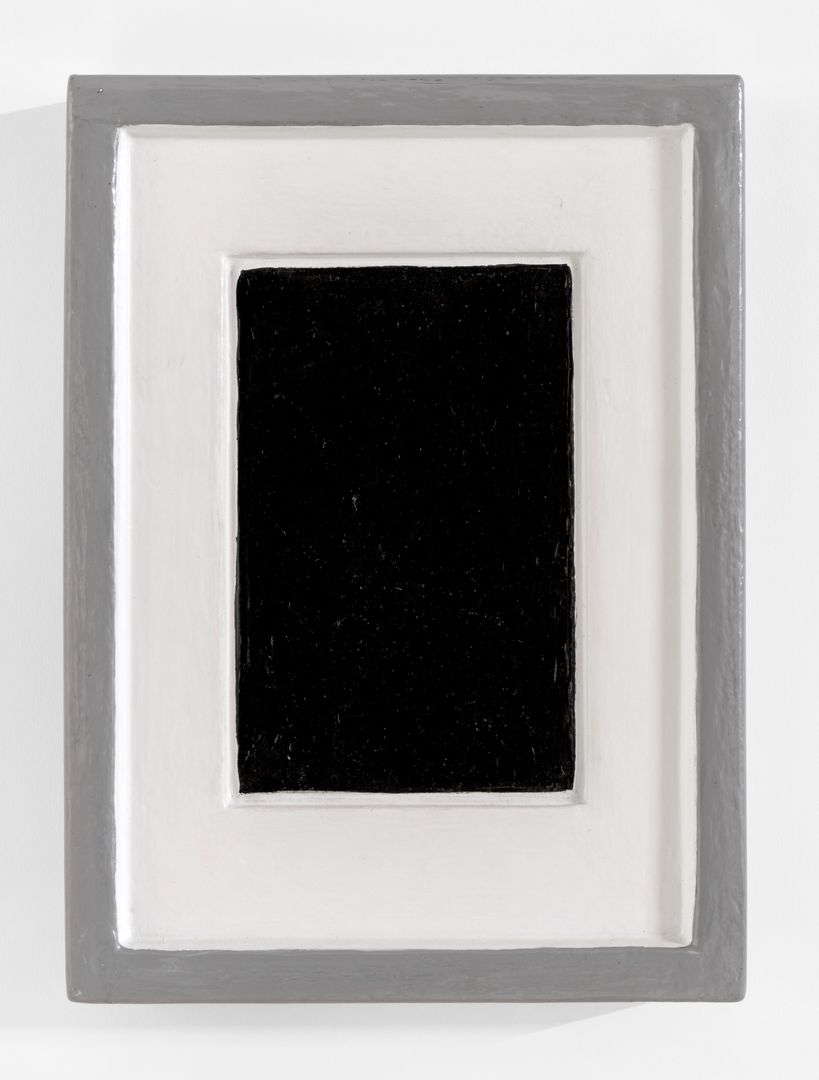 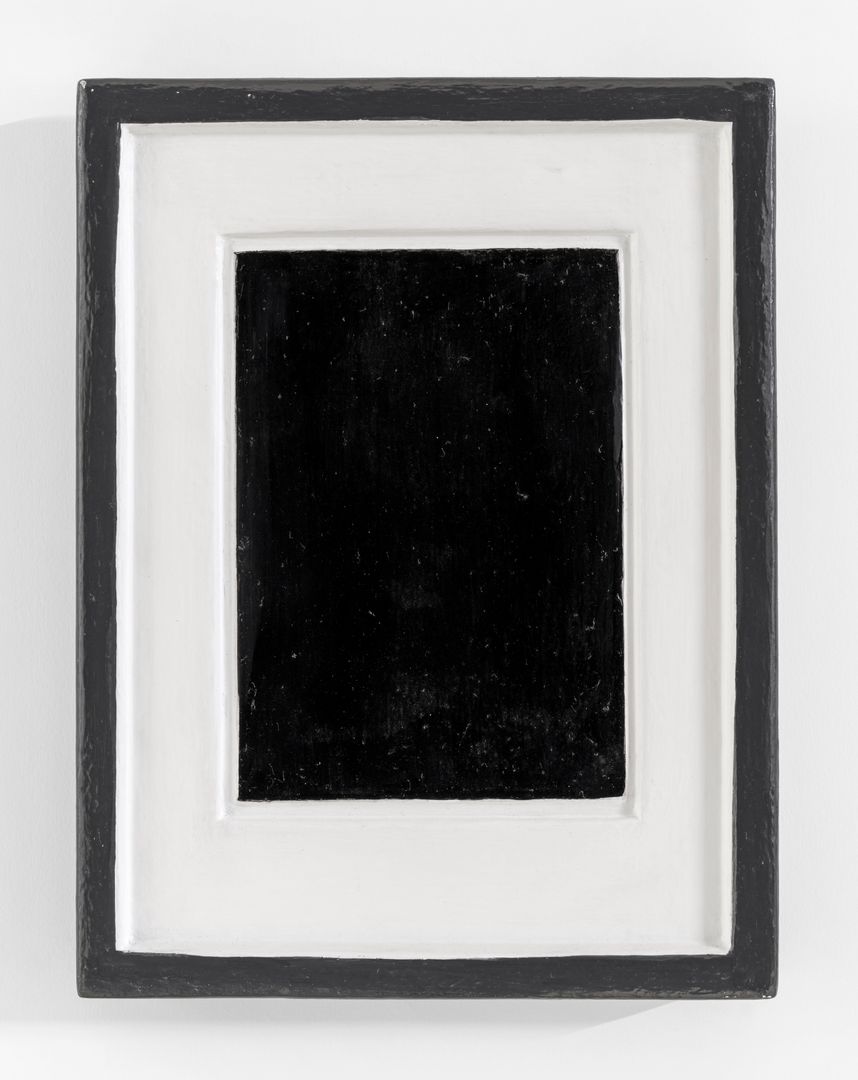 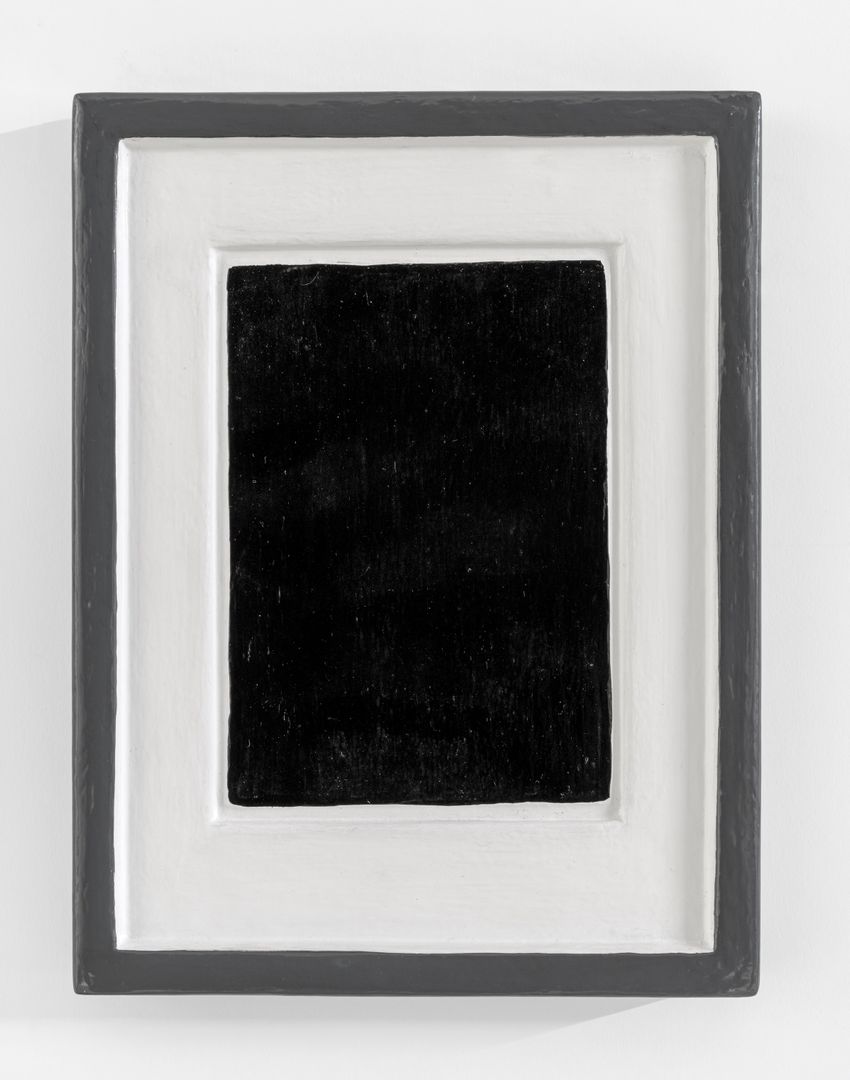 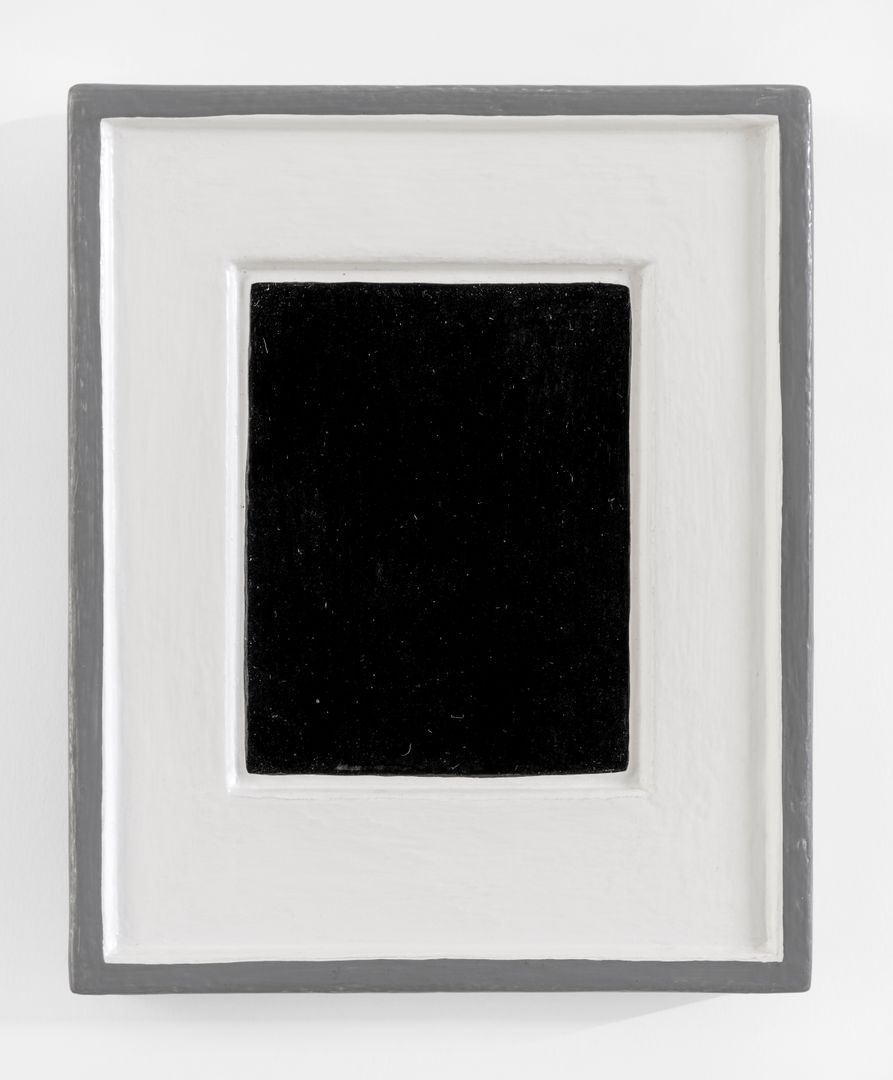 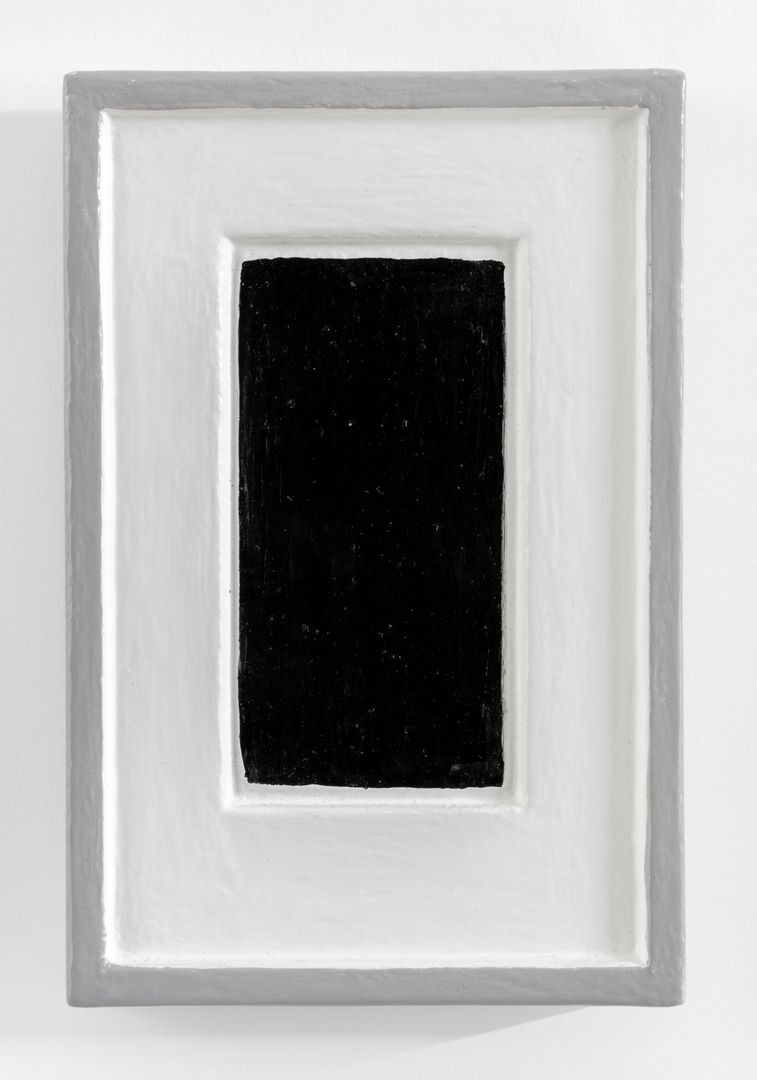 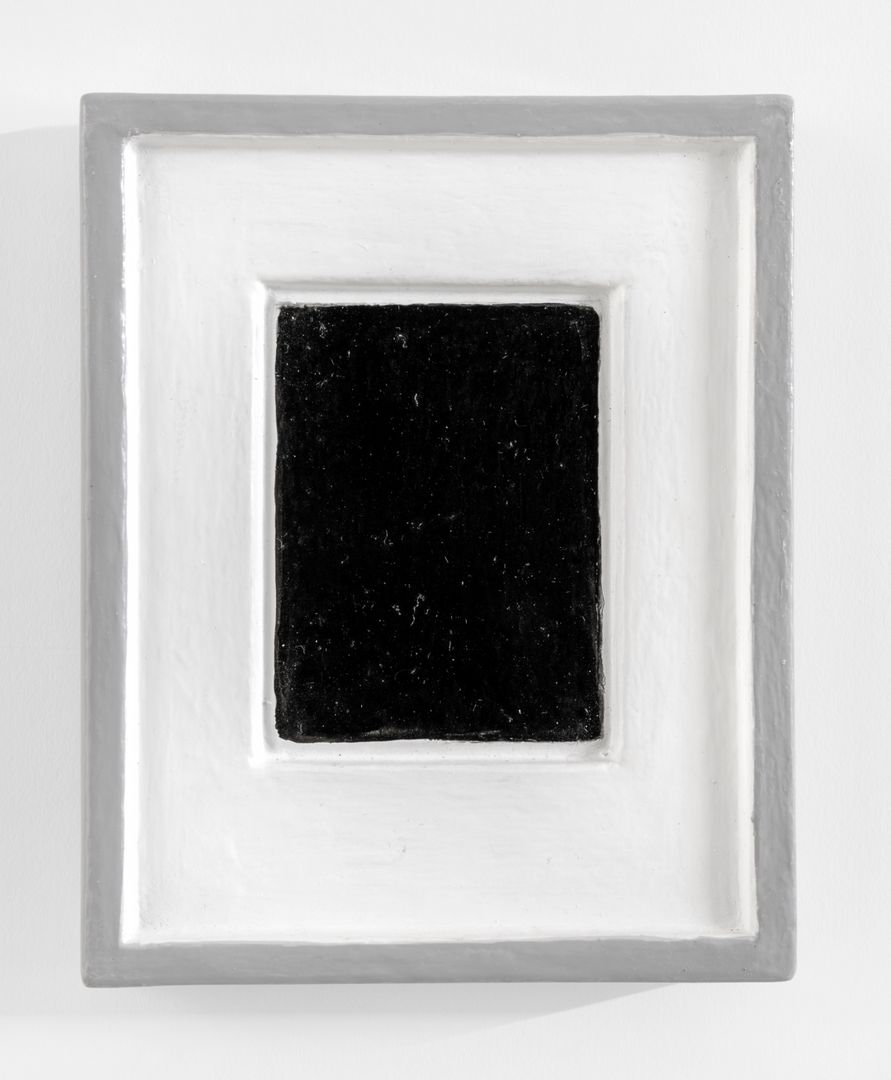 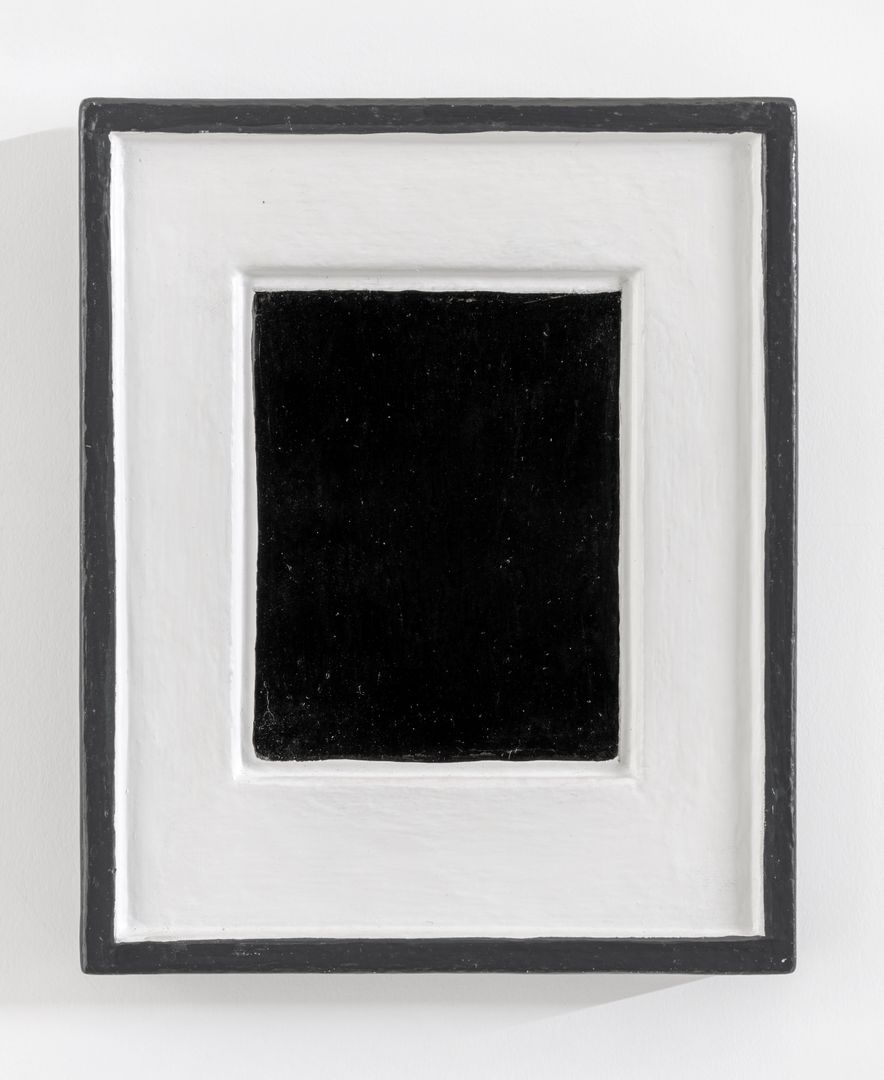 Since the late 1960s, Allan McCollum (b. 1944, Los Angeles) has created works that examine the art object’s relationship to uniqueness, context, and value, as well as to the museum that collects, esteems, and preserves it. He has used the idea of “the collection” to explore how we remember, care for, and privilege various material artifacts. Among McCollum’s most well-known works are the “Surrogate Paintings” (1978– ) and “Plaster Surrogates” (1982– ), wall-mounted reliefs in the shapes of framed pictures, which he premiered shortly after moving to New York in 1975. Grouped into “collections,” these works are instantly recognizable as they resemble the framed pictures or memorabilia found in domestic settings, yet their signifiers are devoid of any reference.

Drawing from his experience in theater at a young age, McCollum began to think of the art gallery as a stage set in which paintings acted like props. The resulting “Surrogate Paintings,” rendered in wood, museum board, and paint, each feature a central form surrounded by a picture mat and frame. Rather than depicting content or narrative, the works are representations of paintings gathered into “collections” as if they were arranged tastefully in a home or museum. The “Plaster Surrogates” are representations of representations: made from plaster casts of the “Surrogate Paintings,” they reference painting as an idea and as their mold. Endlessly repeated and based on a voided image, McCollum’s “Surrogate Paintings” and “Plaster Surrogates” are his first attempt at inventing a symbol that could represent any kind of framed object. The works act as placeholders for anything that is meaningful, yet this meaning is determined by each viewer.

Allan McCollum (b. 1944, Los Angeles) has been making art for more than five decades. Survey exhibitions of his works have been held at, among others, the Musée d’Art Moderne Villeneuve d’Ascq, France (1998); Sprengel Museum, Hannover, Germany (1995–96); Serpentine Gallery, London (1990); Rooseum Center for Contemporary Art, Malmö, Sweden (1990); Stedelijk Van Abbemuseum, Eindhoven, The Netherlands (1989), and Portikus, Frankfurt, Germany (1988). He has produced public art projects in both the United States and Europe, and his works are held in over ninety art museum collections around the world. McCollum’s work has been included in numerous group exhibitions, including “This Will Have Been: Art, Love & Politics in the 1980s,” Museum of Contemporary Art, Chicago (2012–13); “The Pictures Generation: 1974–1984,” Metropolitan Museum of Art, New York (2009); “The 1991 Carnegie International,” Carnegie Museum of Art, Pittsburgh (1991); Whitney Biennial, Whitney Museum of American Art, New York (1975 and 1989); “A Forest of Signs: Art in the Crisis of Representation,” Museum of Contemporary Art, Los Angeles (1989); and “Aperto,” Venice Biennale (1988).

The Collections of Allan McCollum