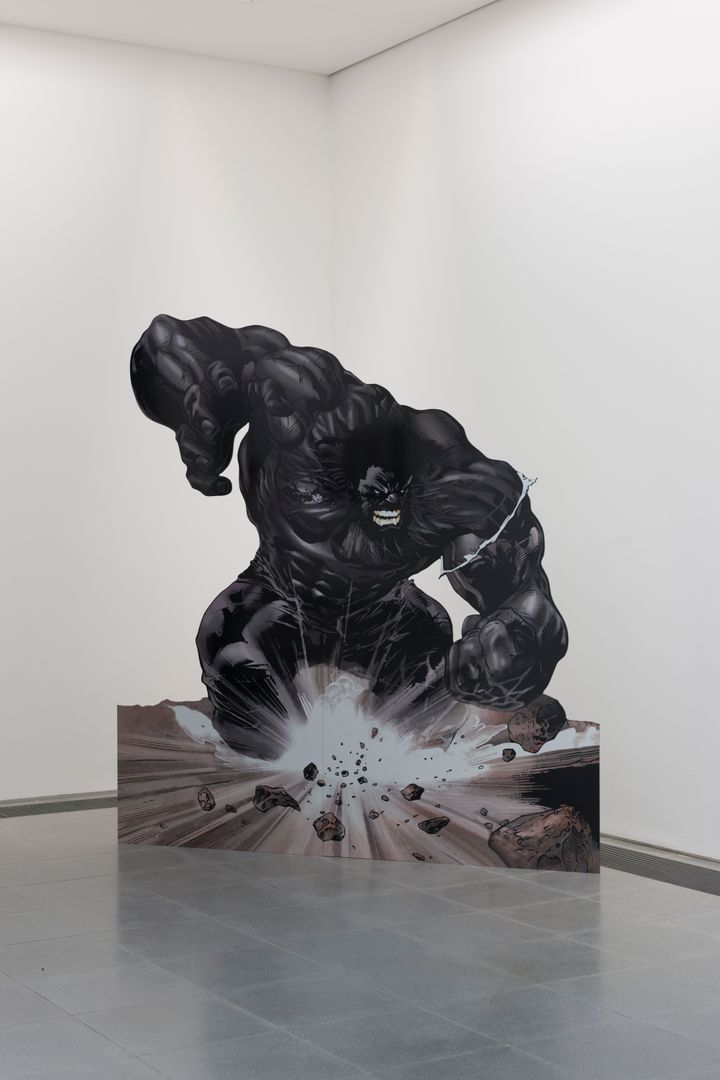 A dynamic standing cutout image of the comic book character the Incredible Hulk rendered at human scale, LeRage (2017) is a kind of self-portrait. This work builds on Jafa’s childhood fascination with science fiction films, comics, and fanzines while exploring his complex identification with the characters that inhabit them. Jafa’s version of the iconic Marvel Comics character renders the distinctive fluorescent-green skin in a dark grayscale; the alteration is a powerful commentary on gender, blackness, and cultural perception. For LeRage, as is often the case in Jafa’s works, the artist uses strategies like montage and appropriation to present the complexities of the black experience and black representation.