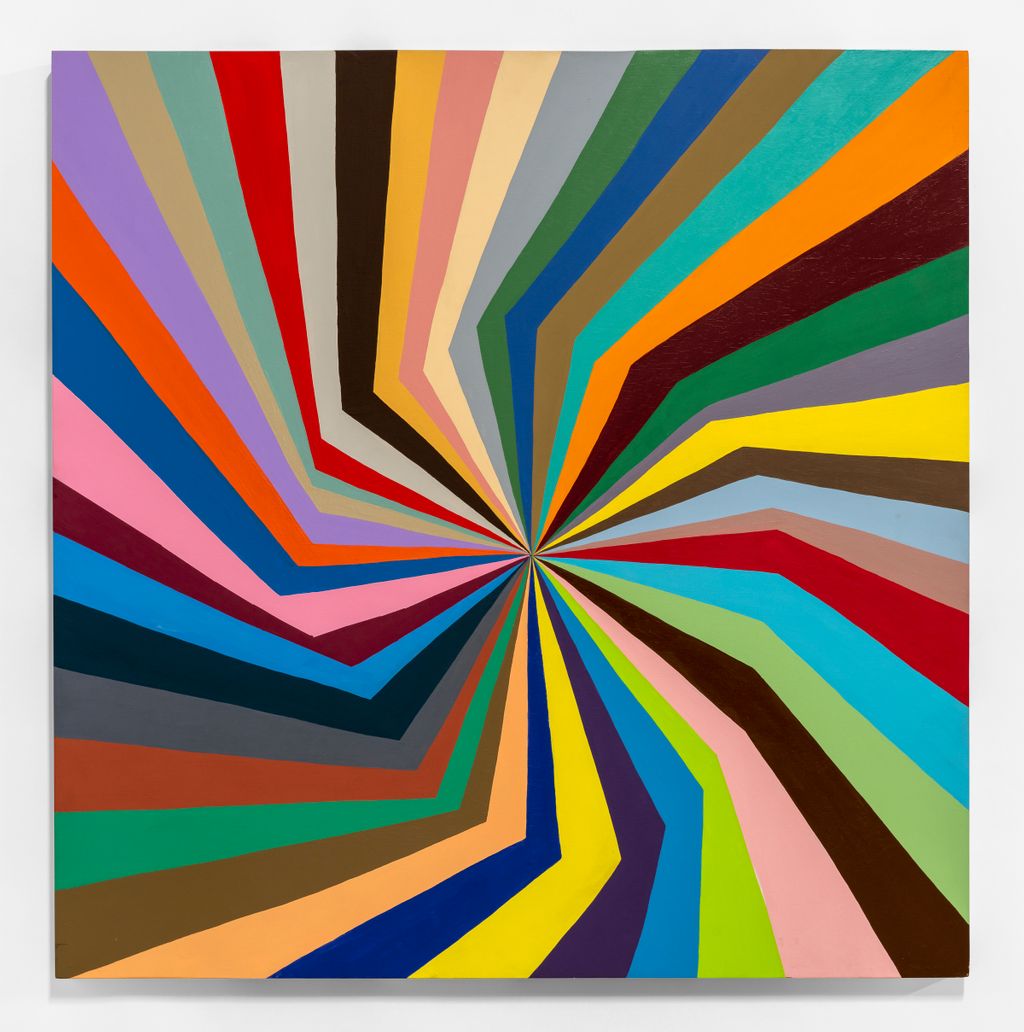 Chris Johanson creates wildly colorful and utterly unique drawings and paintings that muse over the darker themes of the contemporary human condition. The artist’s multidimensional practice also encompasses music and ramshackle sculptural installations that reflect his cosmology.  A participant in the Bay Area’s graffiti scene in the 1990s, Johanson took up painting and drawing in a budding community of street artists––later known as the Mission School––who sought to convey urban realism and social commentary in their practice. Often working with found or repurposed materials like bottles, wood, and paper from dumpsters and construction sites, Johanson approaches art making as an ongoing experiment and quest for the sublime.

Over the years the artist’s style has shifted from figurative representations with accompanying text toward simplified forms and universal conceptual themes that contextualize his own position in the world. Using bold colors and a flat perspective, Johanson’s detailed, brightly colored depictions of ordinary people and places are a spirited defense of humanity against the ills of the modern world, ranging from wars and environmental pollution to the psychological perils of consumerism, cult spirituality, and self-help. In humorous pastoral scenes, Johanson advocates for a more mindful engagement with our environment.

This Conceptual Art Painting is About Positive Energy, 2001

Are (my) Brain within Universal Consciousness?, 2012