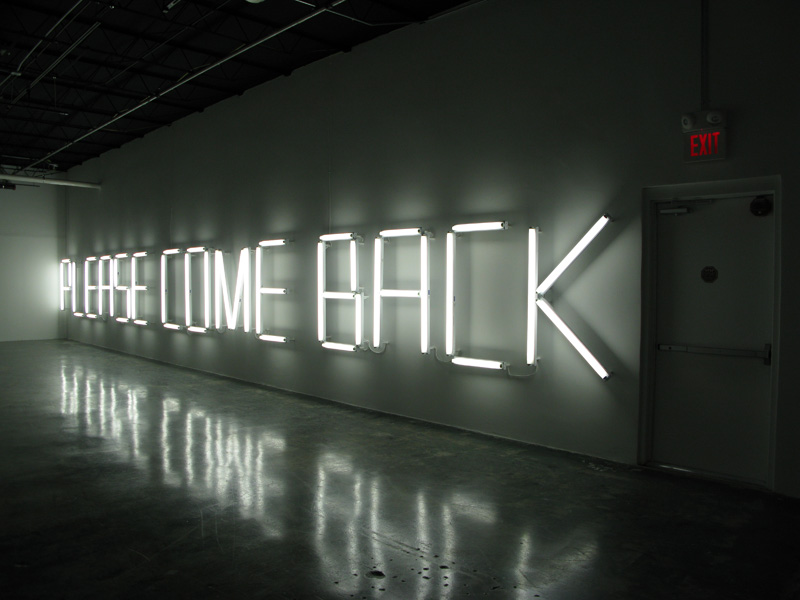 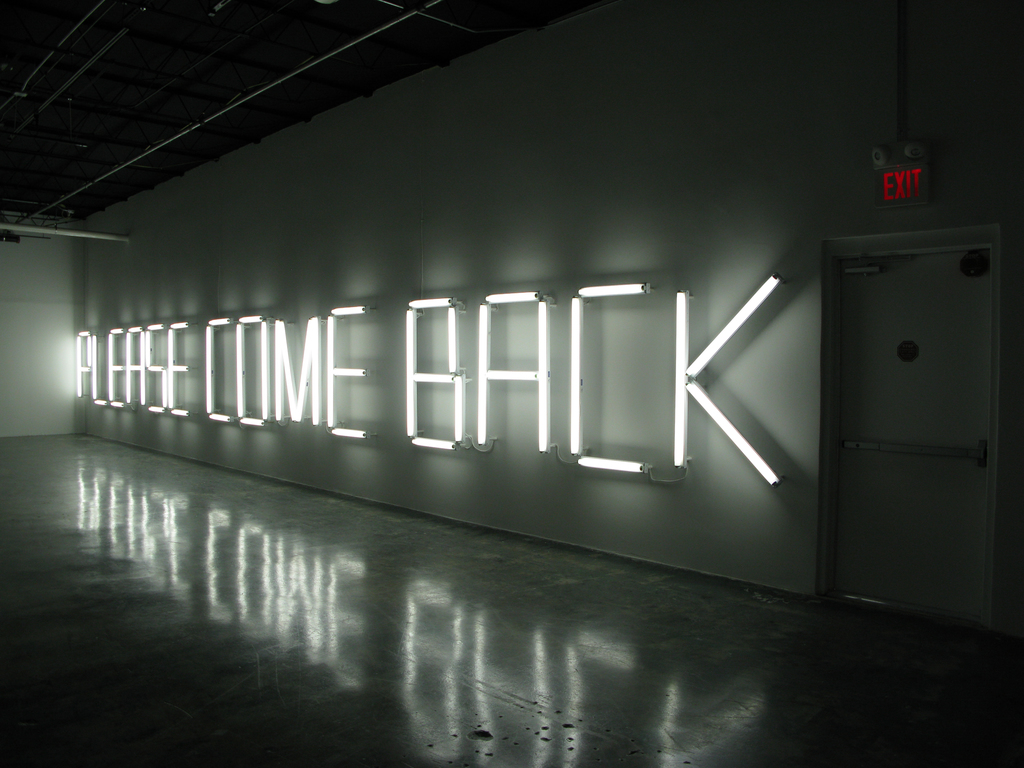 Founded in 2004, Paris-based collective Claire Fontaine (Fulvia Carnevale and James Thornhill) describes itself as a “readymade artist,” and takes its name from both the popular brand of French school notebooks and Marcel Duchamp’s canonical found-object work Fountain (1917). Using this pseudonym to undermine the conception of single identity and question the authoritative position of the individual artist, the members of Claire Fontaine refer to themselves as “assistants” when producing their work. Through a range of mediums including sculpture, installation, and video, Claire Fontaine reflects on the possibilities for political resistance and subjectivity under late capitalism. The language of protest is central to Claire Fontaine’s project; hijacked ideological slogans surface in a series of neon signs and throughout their extensive discursive texts describing political events, tenets, and actions.

Please Come Back (K. font: American version) is a monumental fluorescent sign. It makes skillful use of the industrial lighting ubiquitous in institutional spaces such as schools, factories, and prisons. This industrial lighting is also familiar as the signature material of Minimalist artist Dan Flavin. The sign remains illuminated until it detects the movement of spectators, at which point it switches off. This abrupt halt evokes the “human strike,” a term coined by the collective to reimagine the historic “general strike” as a coordinated, universal strike on the factory floor that acknowledges less recognized forms of work like motherhood and emotional labor. In the foreword of the 2013 book Human Strike Has Already Begun & Other Writings, Claire Fontaine writes,“The task of human strike is to defunctionalize all these useful activities and return them to their quintessential creativity that will unhinge any form of oppression.”

The signs K. font first appeared in an earlier fluorescent work, STRIKE (K. font V.I) (2005), a tribute to Czech writer Franz Kafka and his unfinished 1927 novel Amerika. Illuminated only in the perceived absence of a viewer, the work literally goes on strike as soon as an audience is present and–triggered by movement–its lights turn dark. Similarly, Please Come Backlures visitors only to switch off at their arrival.