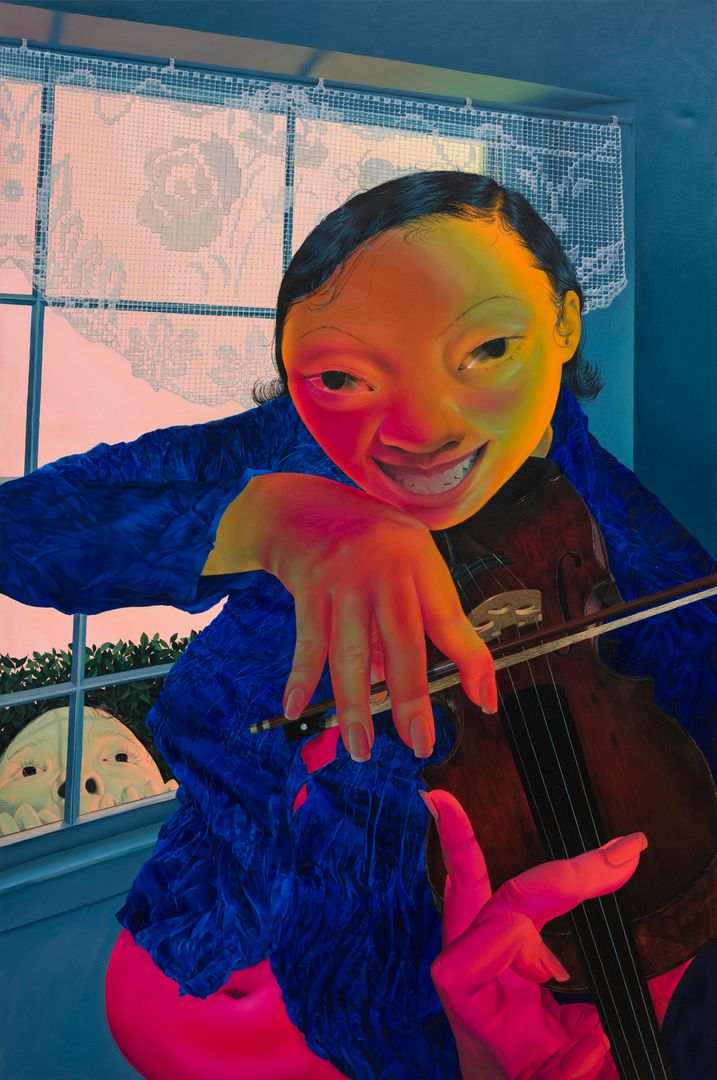 Gordon’s highly detailed paintings depict memories and fantasies from the artist’s Asian American upbringing in the suburbs of Westchester County, New York. Often illustrating moments of vulnerability and intimacy, the artist contends with body dysmorphia and the male gaze in works that reimagine recreational activities and scenes from her youth: flower picking, a tennis match, a campfire, often exposing the female body.

Painted in extreme hyperrealistic detail, from the crochet curtain to the central figure’s hands, Concert Mistress depicts a woman playing the violin, while behind her another person anxiously peaks through the window, appearing like an alter ego of the protagonist. The neck of the violin is uncannily enlarged and distorted, seemingly reaching beyond the canvas into the space in luminous and electric colors. Locking her large, watery eyes with the viewer, with a Cheshire Cat grin on her face, the figure creates a subtle sense of unease that looms over the scene. “I’ve always been very hyperaware, and I think that’s a big aspect of my work,” says Gordon, who used to play the violin, but abandoned the instrument as she objected to the expectation of excellence as a minority stereotype.