Cristine Brache
Looks can be deceiving, 2019 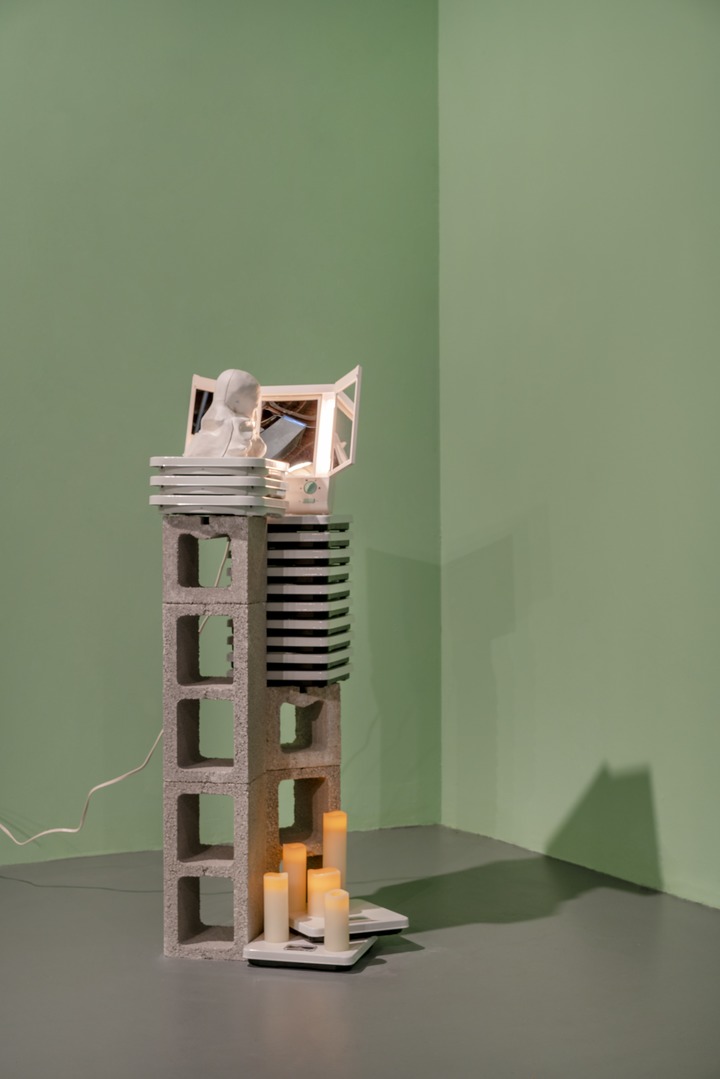 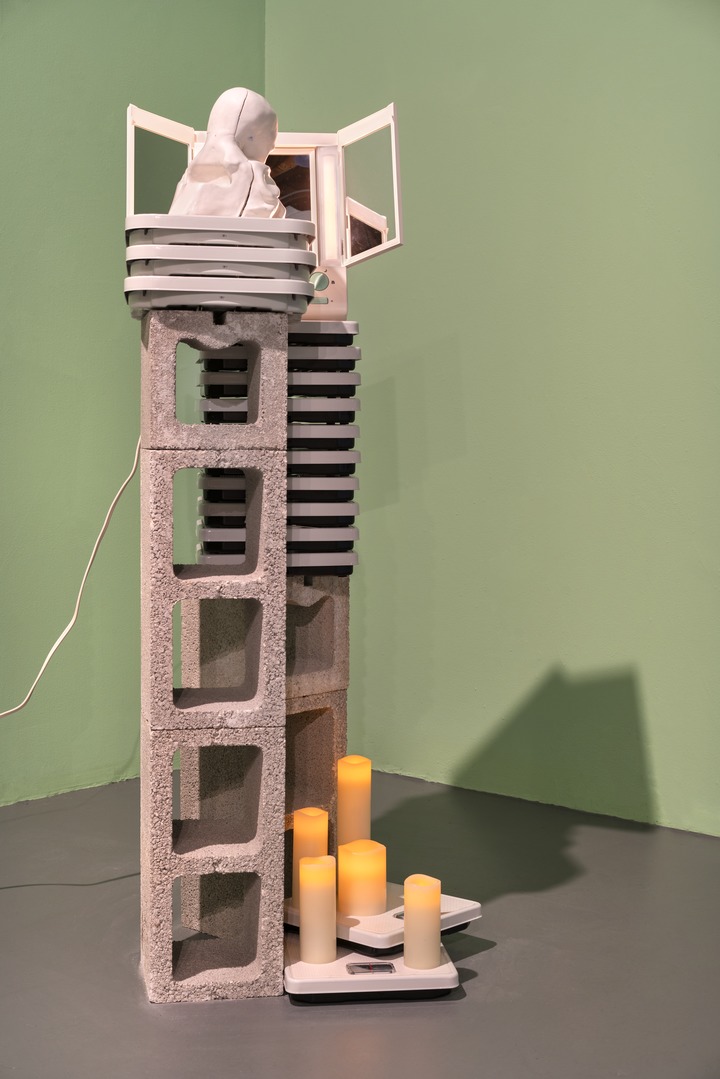 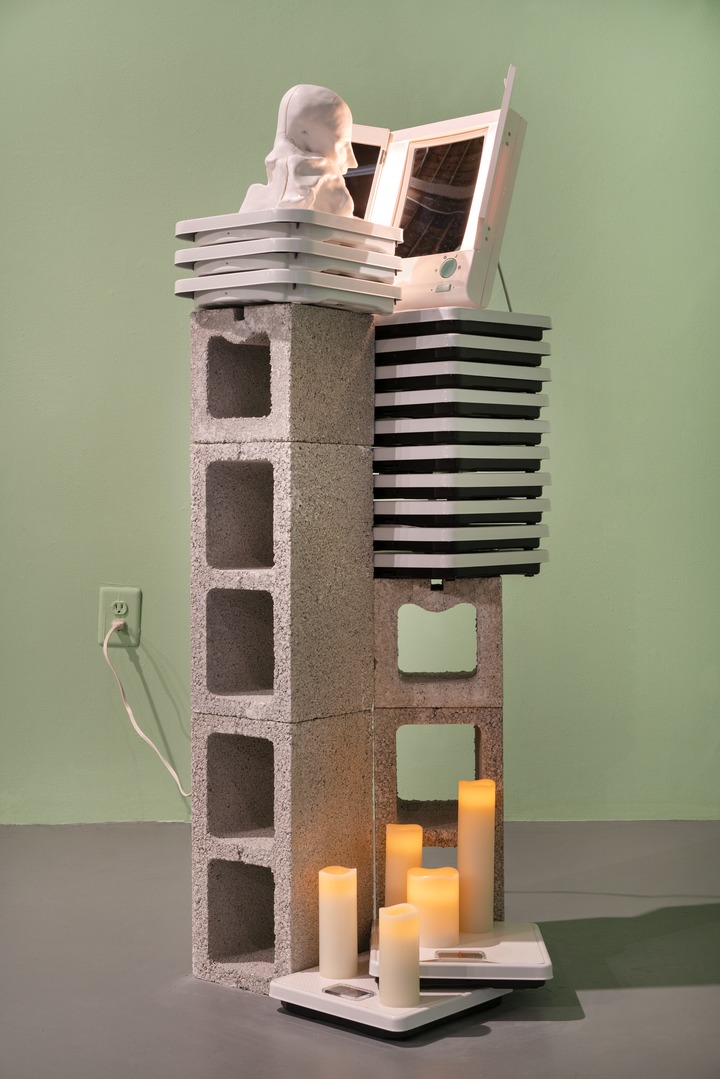 Through video, sculpture, and poetry, Cristine Brache (b. 1984, Miami) reflects on femininity and feminism, personal mythologies, and the empowering matrilineal history of her Cuban American and Puerto Rican family. Combining found objects with fabricated materials, Brache’s sculptures gather inspiration from her immediate surroundings and personal experiences. Using vernacular forms—domino tables and Santeria altars, for instance—Brache responds to the cultural treatment of women, as well as to the erasure that first-generation immigrants must contend with in order to assimilate to American culture.

Looks can be deceiving (2019) was first shown as part of the artist’s solo exhibition Cristine’s Secret Garden at Locust Projects, Miami, in 2019. Informed by Santeria shrines, a common sight in residential yards around Miami, the exhibition explores the ways in which the artist’s maternal figures codified their behavior and identities. Composed of stacked cinder blocks and weight scales and topped by a porcelain bust of a woman looking into a cosmetic mirror, the piece celebrates Brache’s grandmother who, in the artist’s account, used her appearance and beauty as a method to navigate an authoritarian patriarchal society. Candles rest at the work’s base, honoring the artist’s grandmother as a vanity saint, akin to the deities of Santeria. With Looks can be deceiving, Brache creates a monument to beautification rituals, interpreted as struggles and hardships endured by her ancestors.