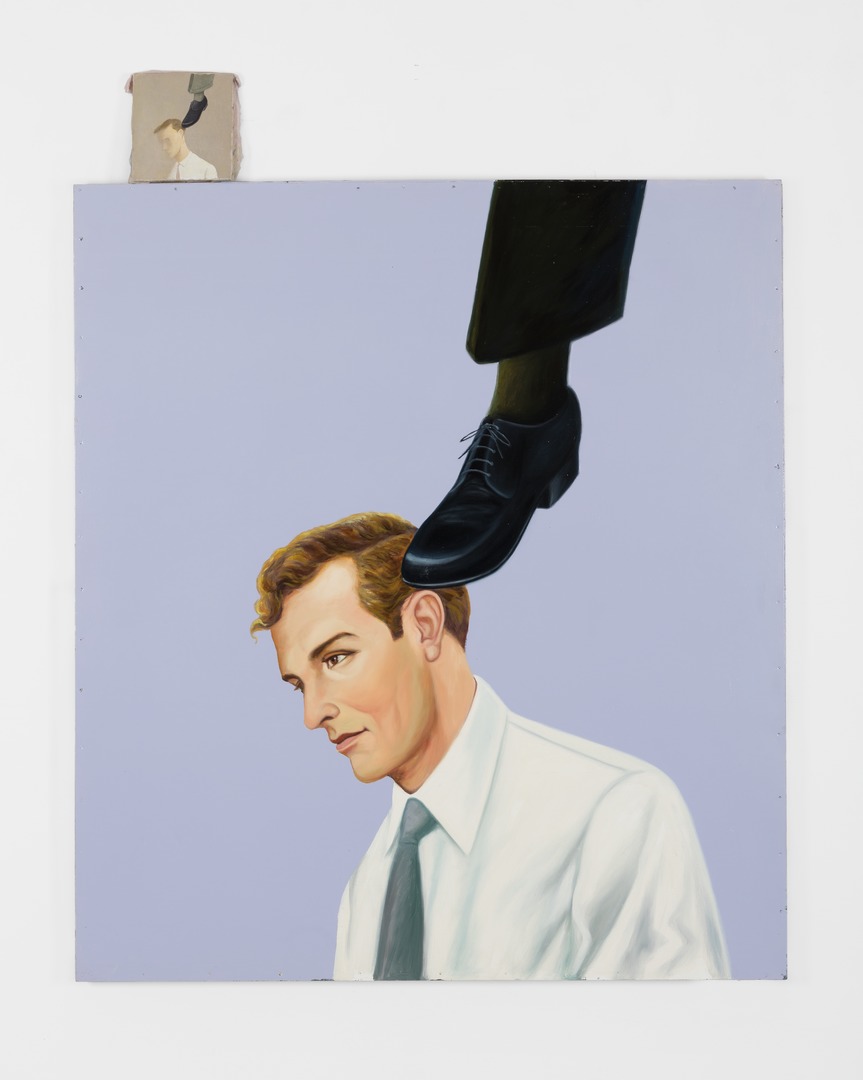 Francis Alÿs, Untitled (head and foot), 1994-1995. (1/2) Encaustic on linen and (2/2) enamel on sheet metal by Juan García. Collection of Institute of Contemporary Art, Miami. Gift of Stanley and Nancy Singer.

Sometimes Making Something Leads to Nothing (1997); walking the streets of São Paulo and Jerusalem with a dripping can of paint to mark national borders in When Faith Moves Mountains (2002).

For his series “Sign Painting Project,” which came into being between 1993 and 1997, Alÿs collaborated with Juan García, Enrique Huerta, and Emilio Rivera, all of whom work as rotulistas to create larger versions of the images in their own interpretation and style. With more than 100 paintings in this series, made by either Alÿs or the Untitled (head and foot) (1994–95), , just above the man’s left ear; he appears undisturbed despite of the surreal interruption. Highlighting the strangeness of the ordinary, García’s larger painting renders a lively and highly detailed portrait of the man, his soft gaze fixed on a point in the distance as a shoe casually caresses the side of his head. García’s interpretation displays a considerable shift in style and scale, showcasing his background in popular advertisement art. The collaboration evokes questions about authorship while working “against the idea of paintings as unique objects,” as Alÿs explains.