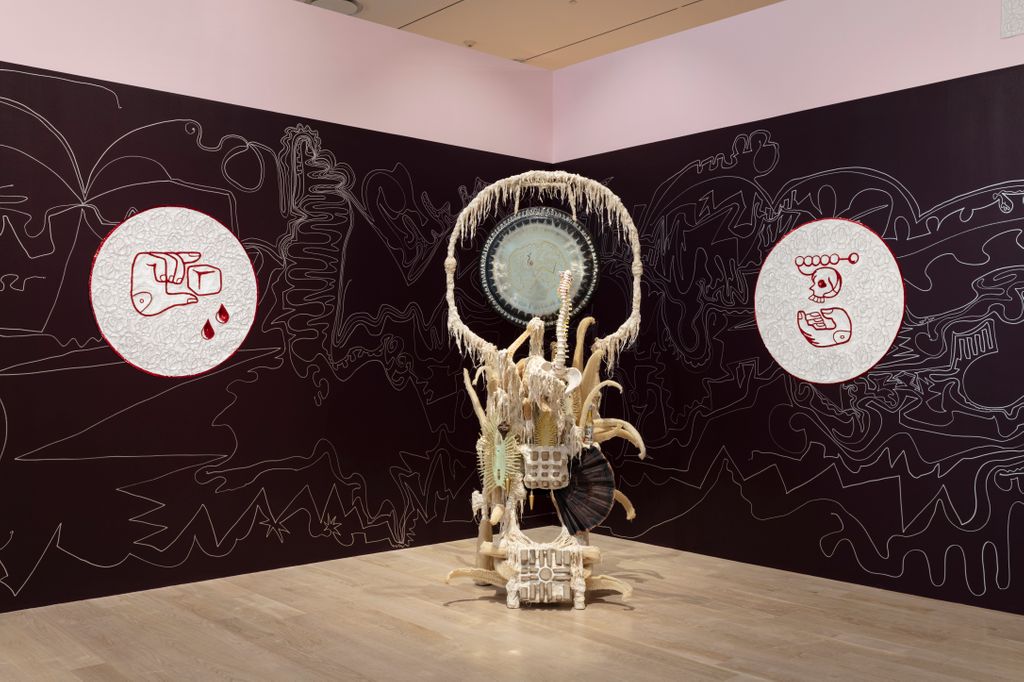 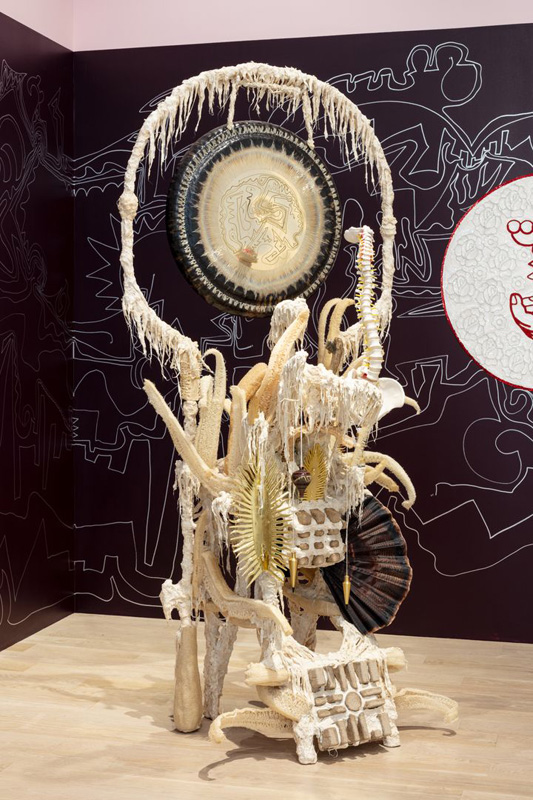 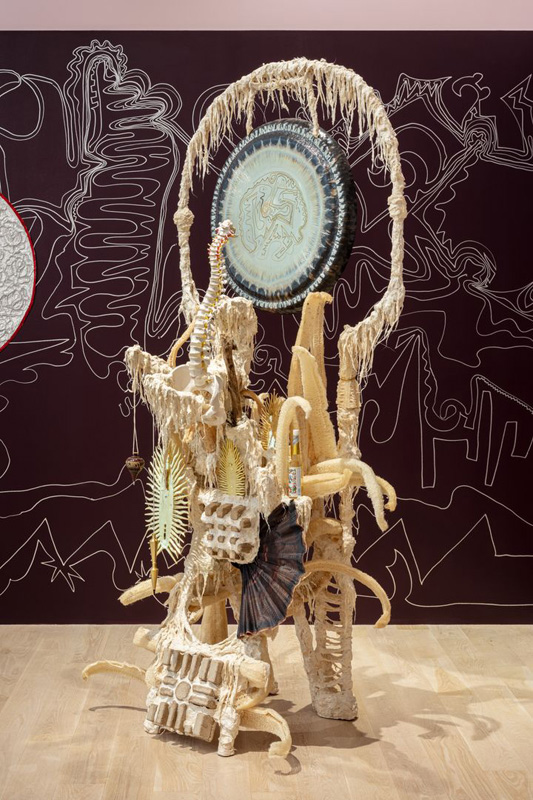 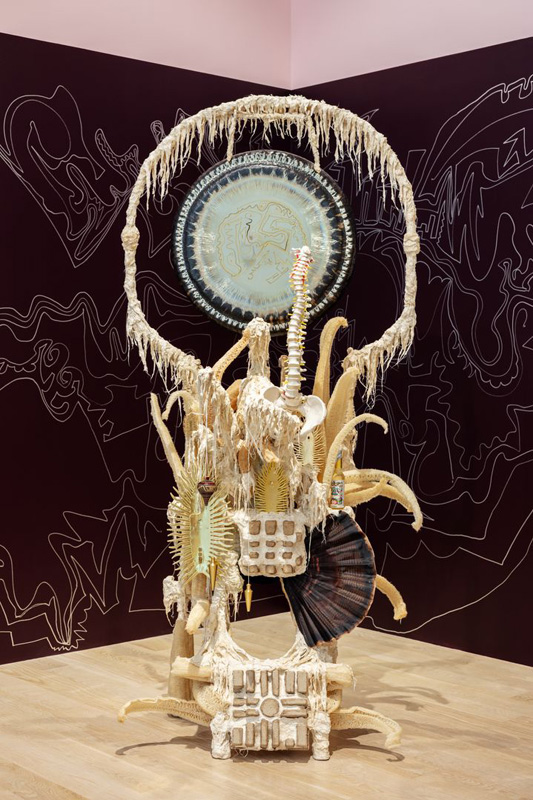 Brought to the United States by a so-called coyote (a person who smuggles migrants across the border) in order to escape the Salvadoran Civil War, Guadalupe Maravilla was part of the first wave of undocumented children to arrive in the United States from Central America in the 1980s. Drawing heavily on autobiographical references to address the larger immigrant experience within increasingly repressive and abusive systems, Maravilla’s multidisciplinary practice––encompassing drawing, sculpture, and performance––traces the history of his displacement. Maravilla’s work in art and activism often takes the form of spiritual cleansing or therapy, acknowledging the hardships and the important legacies of immigrant culture, while encouraging the Latinx community to achieve balance and communal healing through holistic spiritual practices.

Commissioned as part of his first solo museum exhibition, “Guadalupe Maravilla: Portals” at ICA Miami, Disease Thrower #2 draws on the artist’s experiences of illness, migration, and the general anxieties shared by undocumented people. Calling attention to the body as a site where trauma manifests––reflected in his own experience battling cancer––the artist refers to the work as a “healing machine.” The shrine-like sculpture incorporates an anatomical model of the spine, a gong, and loofahs—found materials and totemic objects collected from sites across Central America. Activated through participatory performances, the piece can be worn as a headdress or used as a gong to generate a therapeutic, vibrational sound bath intended to help cleanse the body of phobias and transform the surrounding space into a place for collective ritual, dialogue, and healing.