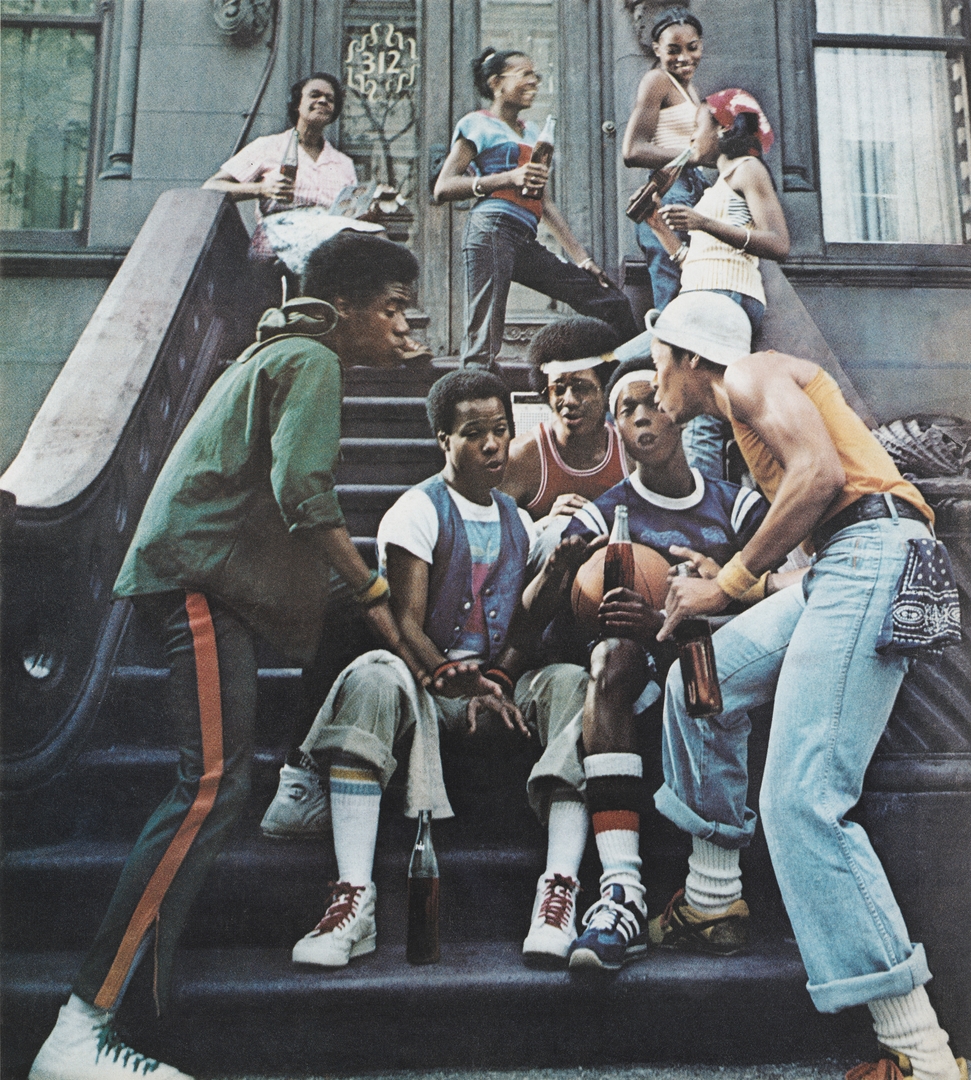 It's The Real Thing! is part of Thomas’s photographic series “Unbranded: Reflections in Black by Corporate America, 1968–2008” (2008), which features imagery from print advertisements directed toward African American audiences over the past fifty years. The artist manipulates and erases brand logos and marketing texts from these images to examine their meanings. For It’s The Real Thing! Thomas uses the image of a vintage Coca-Cola advertisement that features a group of adolescent boys and girls and an older woman gathered on a stairway leading up to an apartment building, each holding in their hands the iconic glass bottles (with logos erased). Stripping the products of their brand, Thomas reveals a convivial moment among young men and women on a stoop. Through this series, Thomas intends to show “that advertising is never really about the product. It’s about what myths or generalizations you can get people to buy into . . . I removed all the advertising information as a way to track blackness in the corporate eye, from the moment that ‘black’ people became a demographic that was worth marketing to.”