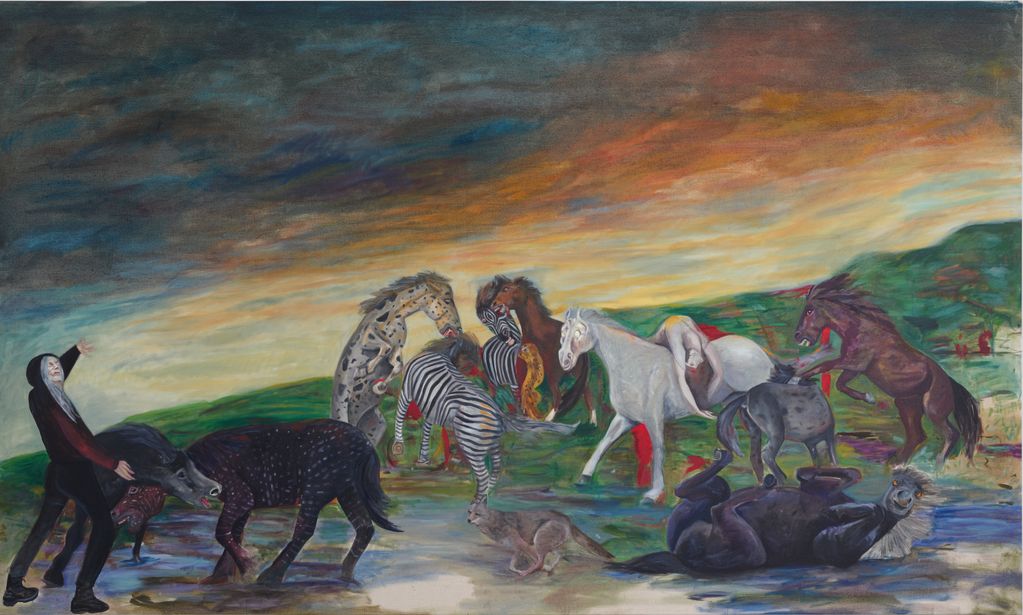 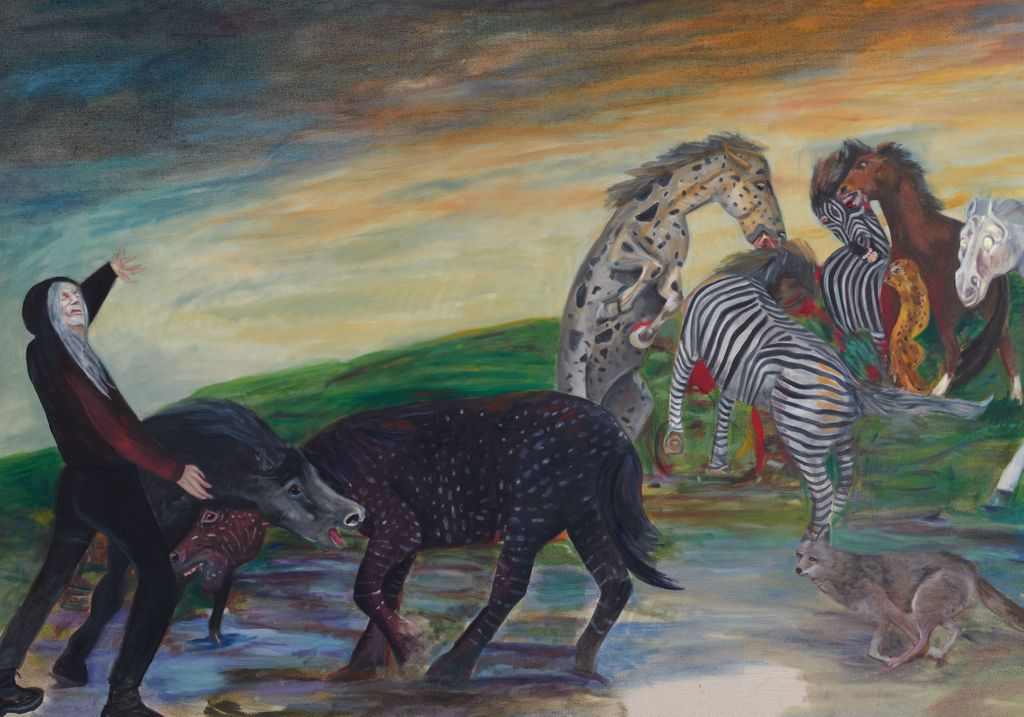 What’s Lost in the Fight cites the 1892 painting La vuelta del malón (The Return of the Indian Raid) by the Argentine Ángel Della Valle, a work Mulleady frequently viewed as a child when visiting the collection of the Museo Nacional de Bellas Artes in Buenos Aires. Set in the Argentinian Pampas plains region, Della Valle’s painting depicts members of the Mapuche tribe on horseback, returning at dawn from looting a colonial village and capturing a white woman. A common scene in American painting of this period, the work depicts a paranoid colonial fantasy that upends reality, as most invasions and killings were carried out by the intruding European armies. In Mulleady’s painting, feral horses engage in battle as a single white-eyed horse carries an unconscious, injured woman. The figure references yet another painting, Henry Fuseli’s 1781 The Nightmare, in which a woman in the same pose encounters her dreams in reality. Through her weaving of art histories, Mulleady highlights conscious and repressed colonial histories.

Jill Mulleady (b. 1980, Montevideo, Uruguay) has been honored with solo exhibitions at the Whitney Museum of American Art, New York (2020); Kunsthalle Bern, Switzerland (2017); and the Museo Archeologico Nazionale, Napoli (2015). Her work is in the collections of the Hammer Museum, Los Angeles; Hirshhorn Museum and Sculpture Garden, Washington, DC; and the Los Angeles County Museum of Art, among others. Mulleady lives and works in Los Angeles.