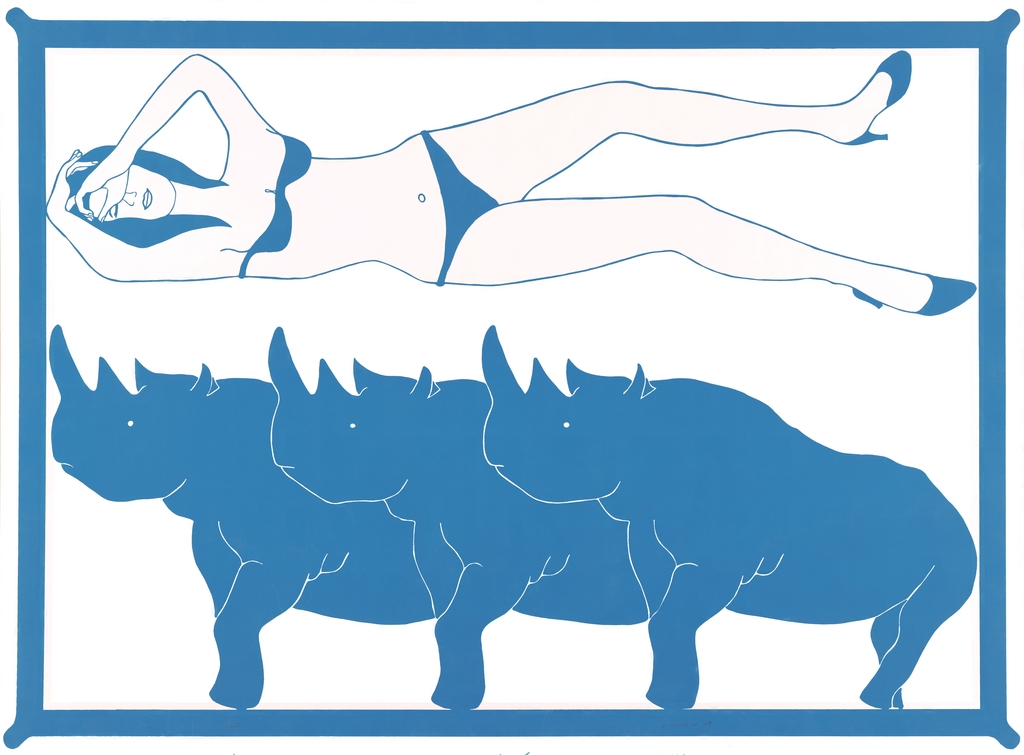 Best known for his highly stylized paintings featuring flattened forms and bright colors, John Wesley is often associated with Pop art as well as Minimalism. Although a contemporary and close friend of Donald Judd and Dan Flavin, Wesley considers his works to be more closely connected to Surrealism. Tracing images from fashion magazines and books and using these silhouettes as templates for his paintings, Wesley has created numerous erotically charged compositions.

The serigraph Dream of Unicorns is a prime example. Rendered in white and blue and devoid of any spatial perspective, the work depicts a prostrate female clad only in underwear and high heels reclining above a group of three blue rhinoceroses staggered in a tessellated pattern. While the flat, monochrome colors and hard-edged outlines along the repetitive pattern are distinctive features of Wesley’s work, the composition itself resonates with Salvador Dalí’s Dream Caused by the Flight of a Bee Around a Pomegranate a Second Before Awakening (1944). Wesley’s title also pays homage to the Surrealist’s fascination dreams and the subconscious; Dream of Unicorns draws dynamic connections among Surrealism, Pop art, and Minimalism.