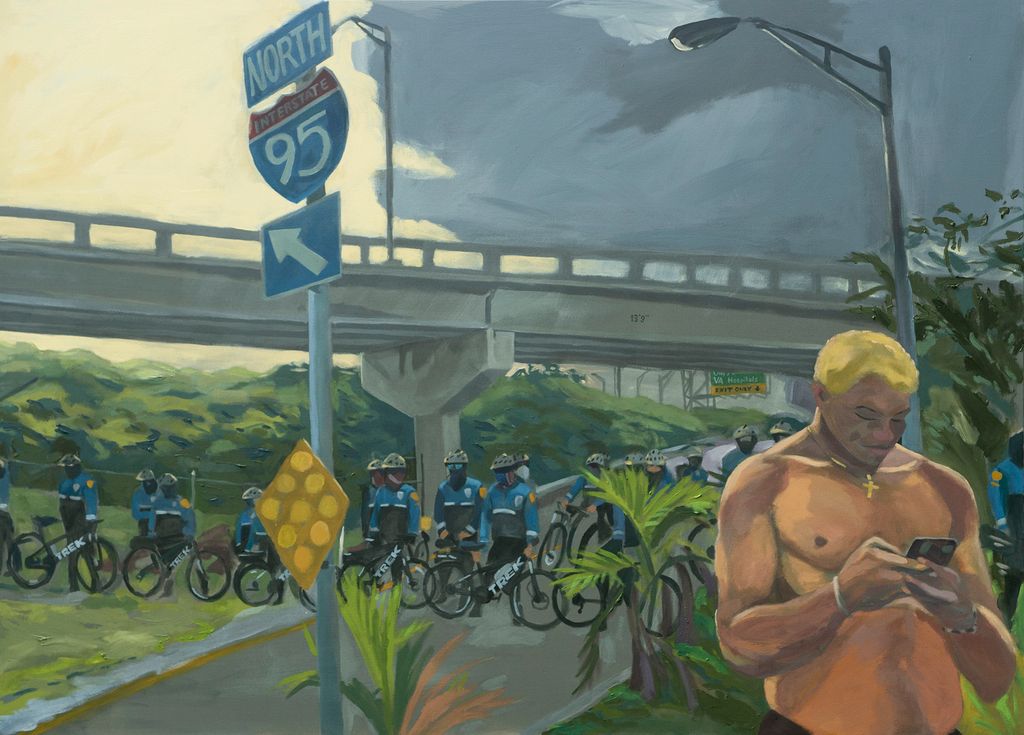 Eddie Arroyo reimagines traditional history paintings as portraits of resistance. In the place of battle scenes and political figures, the artist documents Miami’s changing urban landscape and contemporary scenes of protest. Pointing to the effects of extensive real-estate developments and gentrification, Arroyo reflects on how the maximization of profits and commercial exploitation impacts the functioning and prosperity of the community.

Commissioned by ICA Miami, July 4, 2020, Overtown (2020) is part of a larger body of work, “SAFE SPACE,” documenting demonstrations in Miami after the murder of George Floyd by Minneapolis police officers on May 25, 2020. The painting depicts a battalion of City of Miami police officers on bicycles blocking protesters from entering on ramp to the I-95 highway in Miami’s historically Black Overtown neighborhood. The street remains empty but for a man immersed in his phone, as a summer storm gathers above. Arroyo is interested in examining the artist’s role in capturing direct action through painting, asking, “Does art speak at or with the local community?”