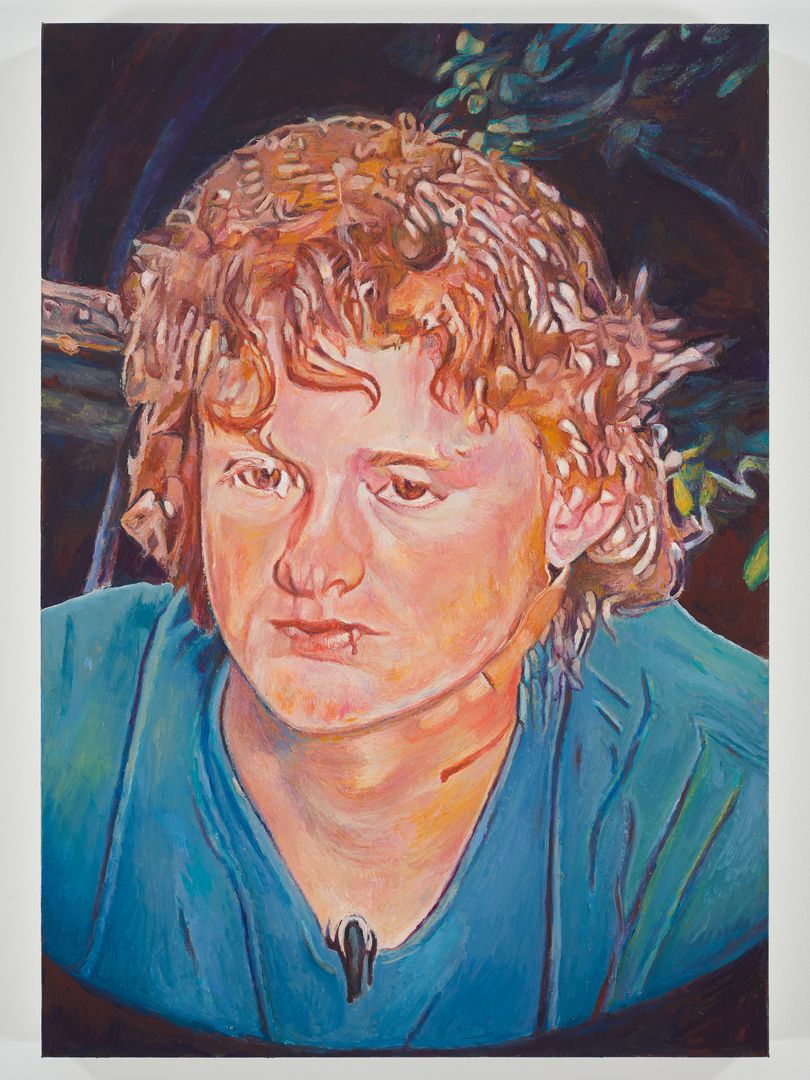 Part of the ongoing series “My American Dream,” which first appeared in the 2014 Whitney Biennial, Rome (Santa Fe High School Victim Survivor Recounts Being Shot in Head, Escaping Gunman) (2018) portrays Rome Shubert, a sixteen-year-old student and star pitcher who narrowly escaped death during the 2019 Santa Fe High School shooting in Santa Fe, Texas. The painting shows Shubert in an MSNBC interview recalling how he was shot in the head and barely survived. Mayerson’s painting highlights the distortions and blurs resulting from his process of translating the television image to a digital printout and then to a painting. The portrait comprises, in Mayerson’s words, “figurative abstract elements.” He goes on to describe how the work unpacks media history: “The painting . . . becomes a mindscape of what this young man might have just gone through.”

Emma González, March For Our Lives, 2018