Lena Henke
Where the streets have two names, 2016 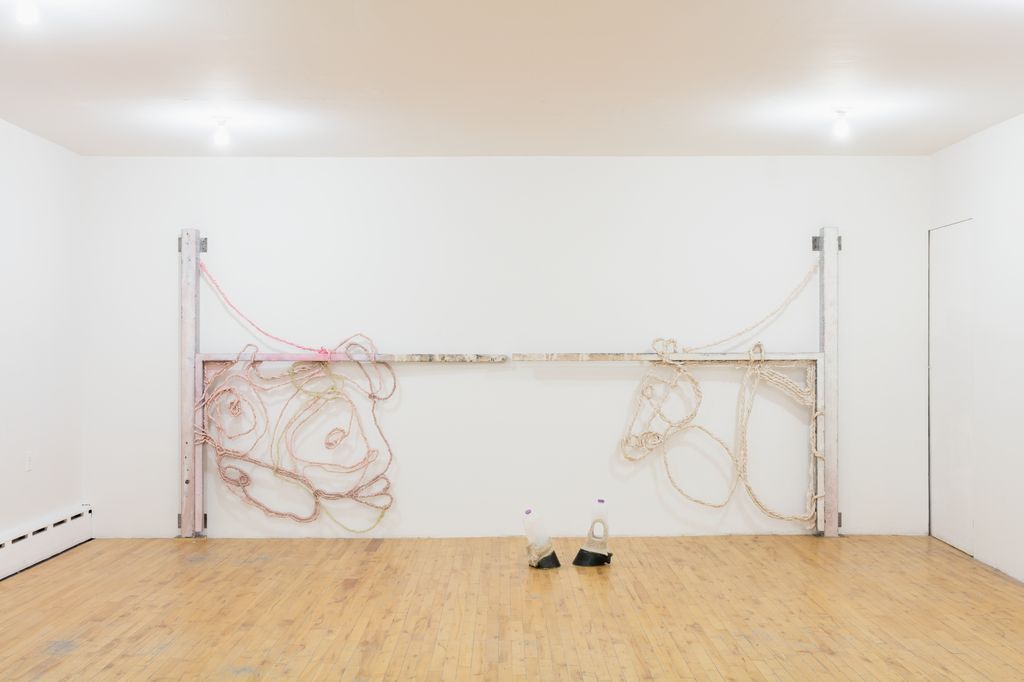 Lena Henke (b. 1982, Warburg, Germany) weaves autobiographical references with the histories of art, design, and urban planning into her sculpture and installation works. Varying in size from small-scale ceramic totems to large-scale architectural installations, Henke’s works revere urban space and consider the physicality of architecture through the lens of the human body and female sexuality. Her visual language and choice of materials seek to subvert male-dominated narratives of art history—in particular the heroic posturing of Land art and the urban planning in the style of Robert Moses.

The installation Where the streets have two names (2016) features two wide swinging gates akin to those found on cattle ranches. Sculpted from the contours of fiberglass rope in pink, white, and green, the gates form the outline of a female face on the left and a horse head on the right. First shown as part of Henke’s solo exhibition Heartbreak Highway at Real Fine Arts in Brooklyn in 2016, the piece references Moses, the polarizing urban planner of the mid-twentieth century whose legacy and brutal incisions into the urban fabric of New York City are felt to this day. The work’s horse head specifically references New York’s Dead Horse Bay, which Moses tried to turn into valuable real estate in the 1950s. Henke has said, “I consider his ego-driven urban planning as both fascinating and repulsive. I perceive New York City as a very masculine city.” To find her own way amid this masculine history, Henke allegorizes infrastructural and architectural forms as emotions and interpersonal relationships.