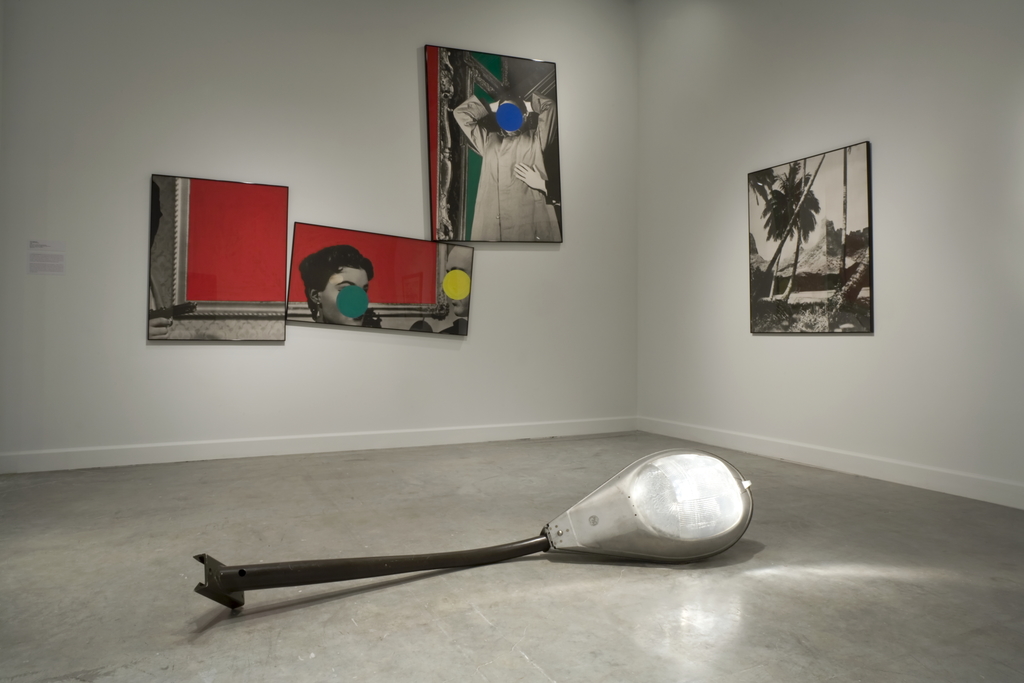 Untitled (Lovelight) isHandforth’s first and most simple application of the street lamp as a readymade form. With the top part of the lamp removed from its supporting pole and lying on its side on the gallery floor, the piece confronts and engages the viewer in its play on scale. Up close and at one’s feet instead of overhead, the true size of the street lamp becomes unclear, as it appears to have been scaled up and reconstructed rather than merely relocated. The light bulb burns, illuminating the gallery and competing with its artificial lighting while introducing a disorienting reality that brings the outside into the gallery space.