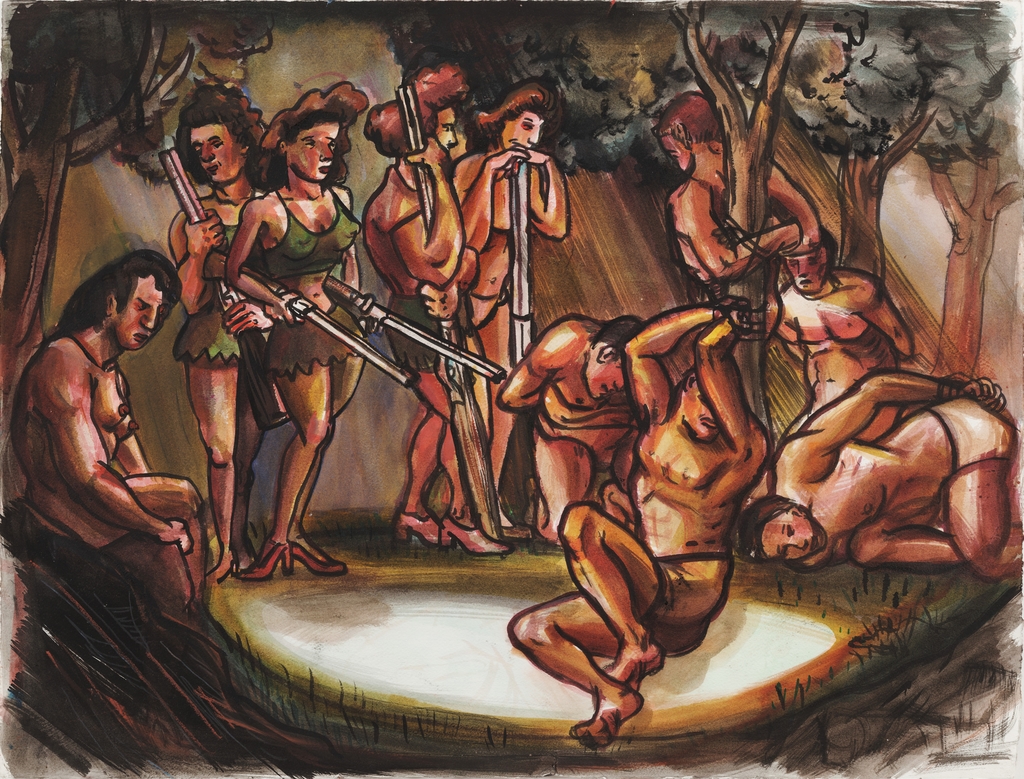 Nicole Eisenman (b.1965, Verdun) is a French-born American artist known for her figurative paintings, drawings, sculptures and prints. Drawing from a range of art historical references, classical mythology, pop culture, comics and graphic novels, Eisenman’s work addresses topics such as gender, identity and power. In a variety of rhetorical modes–including allegory and satire–they portray characters with raunchy humor and pay homage to the political legacy and utopian aspirations of queer history.

Amazon Scene depicts several muscular, bound and scantily-clad men hunched amidst a jungle clearing. They sit surrounded by their female captors clad in armor, high-heels and double-barrel shotguns. One Amazon sits nude at the edge of the clearing, her legs comfortably crossed, gazing at the wriggling captives–classical myths purport that at war, the Amazons would spare the lives of some men and take them as slaves in order to reproduce. The reversal of traditional power roles built into this theatrical tableau touches on female sexual fantasies, suppressed fears, and subconscious projections.