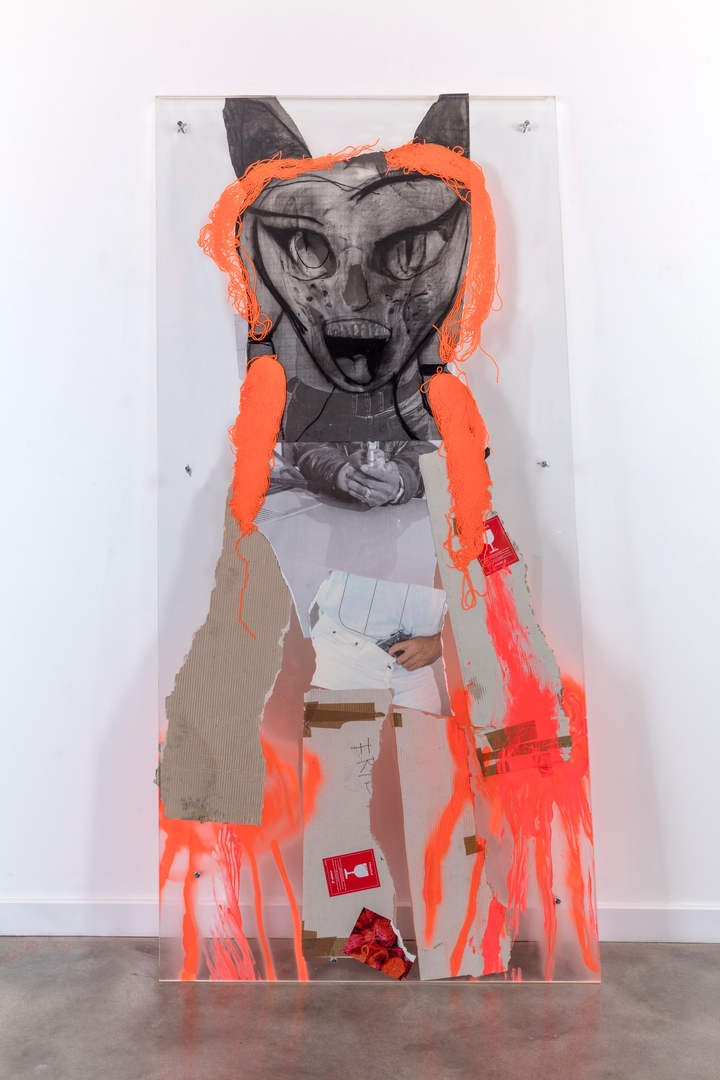 From 2006 to 2008, Ackermann experimented with collage, sandwiching layers of fabric, spray paint, paper, ink, tempera and other materials between Plexiglas sheets. The results compressed her compositions while expanding the medium into three dimensions. A freestanding collage, Firecrotch depicts a larger-than-life, totemic female figure. A wide-eyed feminine form, inspired by the drawings of the artist’s young daughter, wears pigtails of bright orange yarn that transform into a pair of aggressive and threatening talons. Two pasted clippings of hands bearing arms are superimposed over the center of the picture: one hand draws, or hides a gun into the waistband of a pair of white jeans; another set of hands aims a revolver at the viewer. Expressionistic and material, Firecrotch portrays the complicated role of women and society through a confrontational gaze.