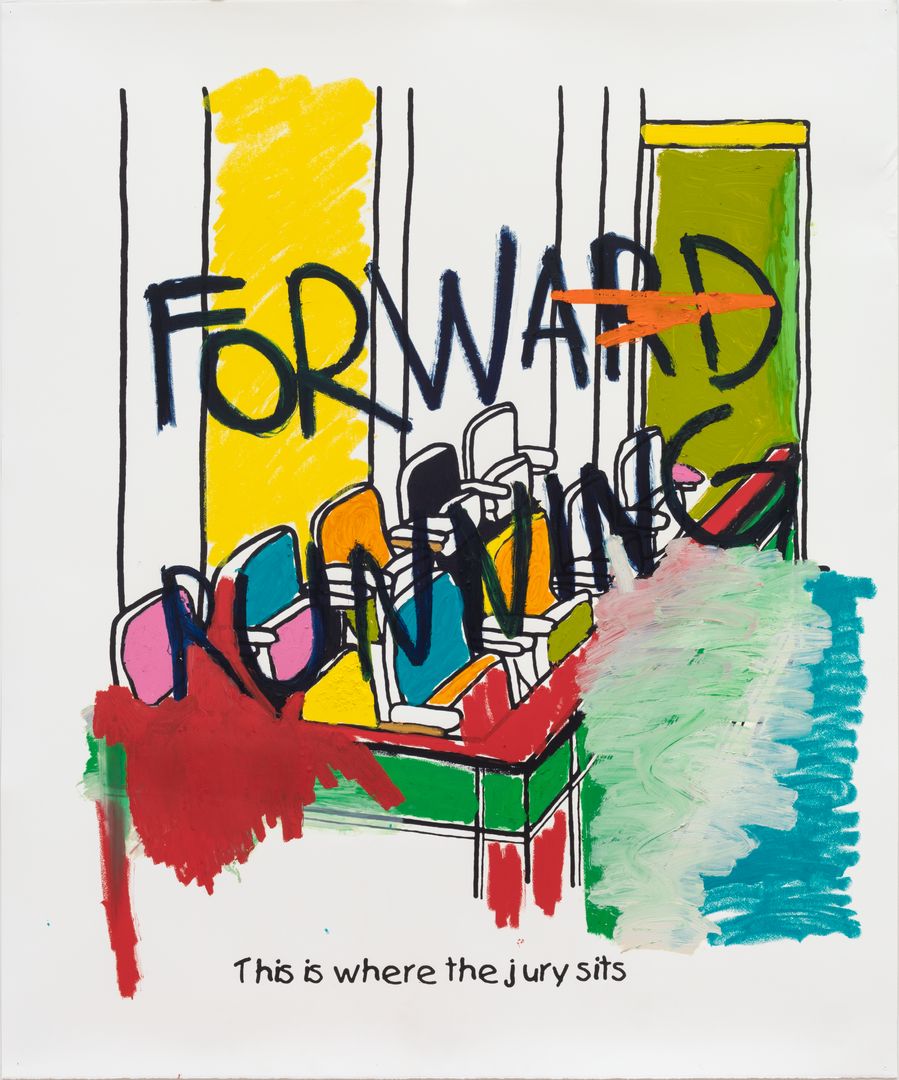 Sable Elyse Smith is an interdisciplinary artist, writer, and educator whose work explores issues of pervasive quotidian violence and investigates the private and public impacts of mass incarceration. Through video, sculpture, photography, and text, Smith seeks to bring awareness of the 2.3 million adults imprisoned in 2020, and the ways this bureaucratic system affects the country’s social fabric as well as the bodies and minds of an extended network of people bound to it.

Coloring Book 61 features the words “FORWARD RUNNING” scribbled across it. Coloring the surface with thick oil sticks outside the outlines of the original motif, the painting subverts the superficial positivity of the book and calls attention to what is left unsaid, emphasizing the insufficiency of language to investigate and process trauma.