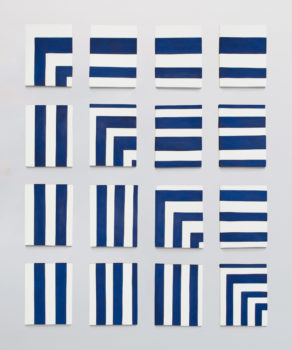 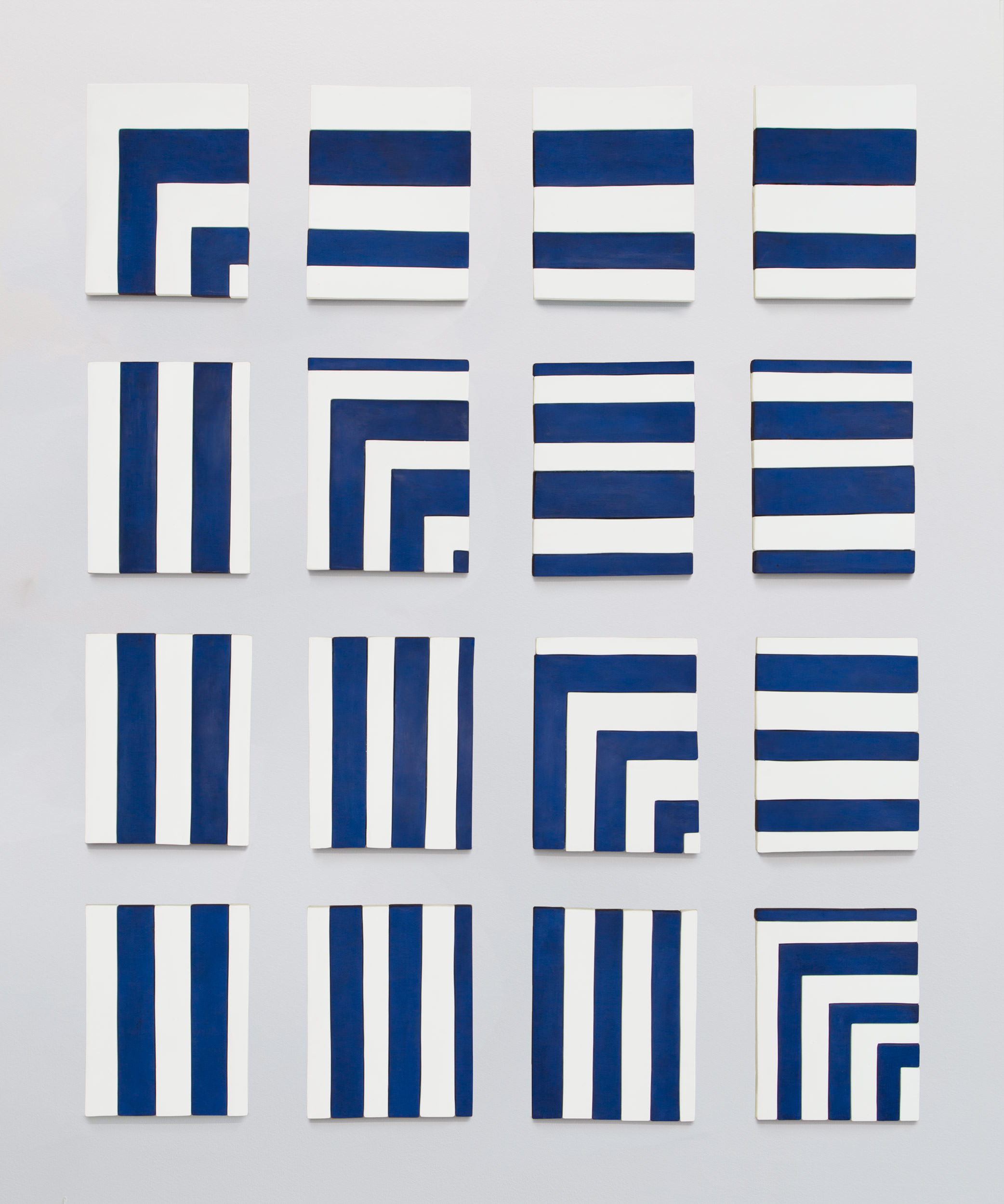 In this work, Benning references her video War Credits (2007–13), which features credit sequences from various war films, overlaid with bands of white text. In Benning’s practice, abstraction and physical labor are highly coded with broader historical and political conditions. Here, the handmade quality of the wall reliefs relate to the human scale referencing the singular physicality of the individual in the face of the overwhelming anxieties that war produces, particularly the safety and rights of a citizen that seem most at risk in the “war on terror”––a war without transparency and no end in sight.

Benning was awarded a Guggenheim Fellowship in 2005, and in 1993, at the age of nineteen, she became the youngest person ever to be invited to participate in the Whitney Biennial. She has exhibited internationally since 1990 at institutions including the New Museum, New York; Kunstmuseum Basel, Switzerland; Dia: Chelsea, New York; Carnegie Museum of Art, Pittsburgh; the 7th Gwangju Biennial, South Korea; and the Whitney Biennial, New York (1993 and 2000). Benning’s work is held in the permanent collection of the Museum of Modern Art, New York; the Fogg Museum, Harvard University; and the Walker Art Center, Minneapolis, among others. Benning lives and works in Brooklyn.