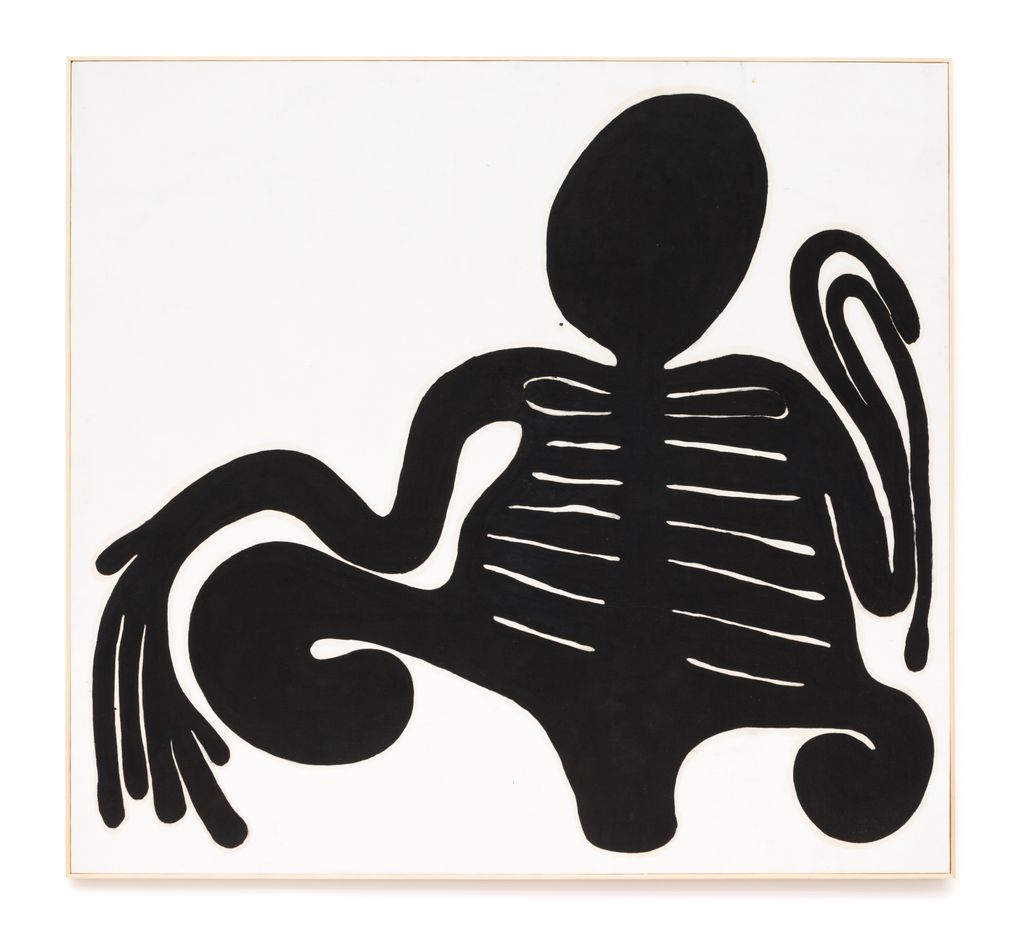 Working across a variety of mediums, including painting, drawing, installation, ceramics, sculpture, and video, Solange Pessoa’s practice is rooted in social and natural history. Her works draw inspiration from the Baroque, Tropicália, Land art, Surrealism, and poetry. For more than three decades, Pessoa has experimented with an aesthetic that values the organic over the geometric, breaking from the abstracted grids and shapes that defined many of the Brazilian artists of her generation. Pessoa hails from Minas Gerais, Brazil’s mining country, and her work is duly informed by humanity’s relationship to the earth, interpreted through environmental concerns, time, intuition, and primordial memory.

Untitled is just an example of the ways in which her work evokes ancestral memory. The piece also responds to the organic shapes of her sculptures, to which her paintings are sometimes adjacent.