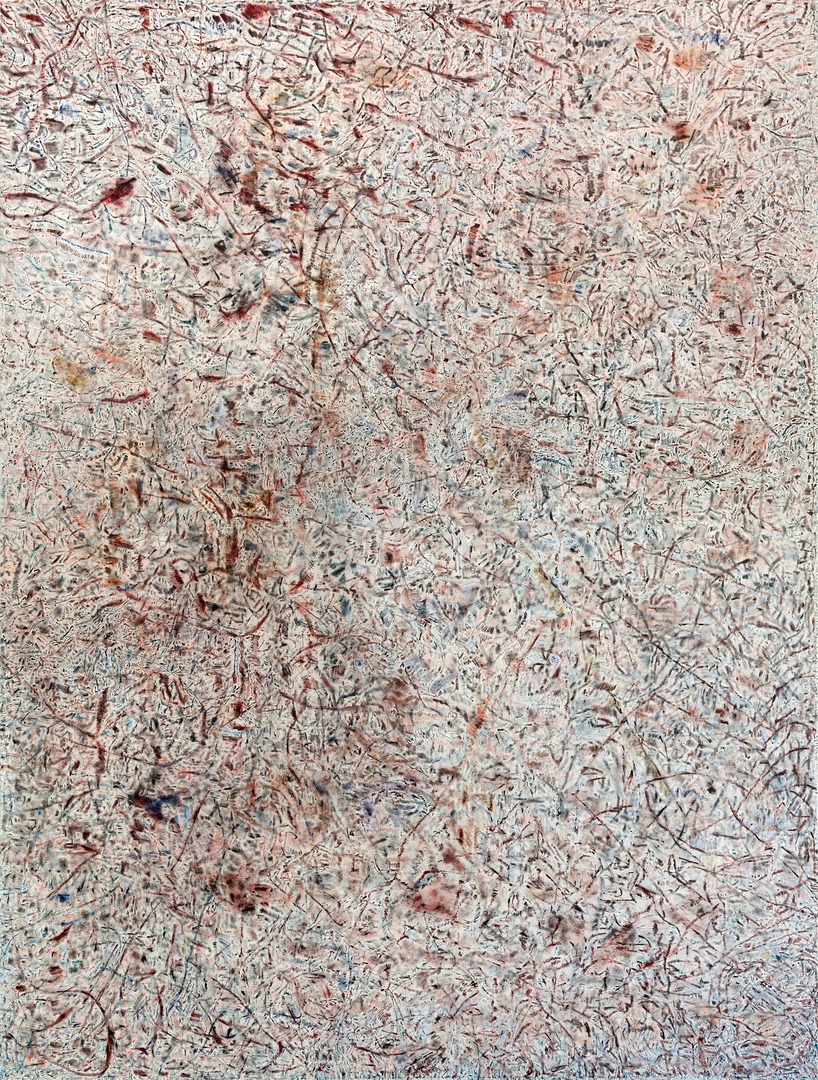 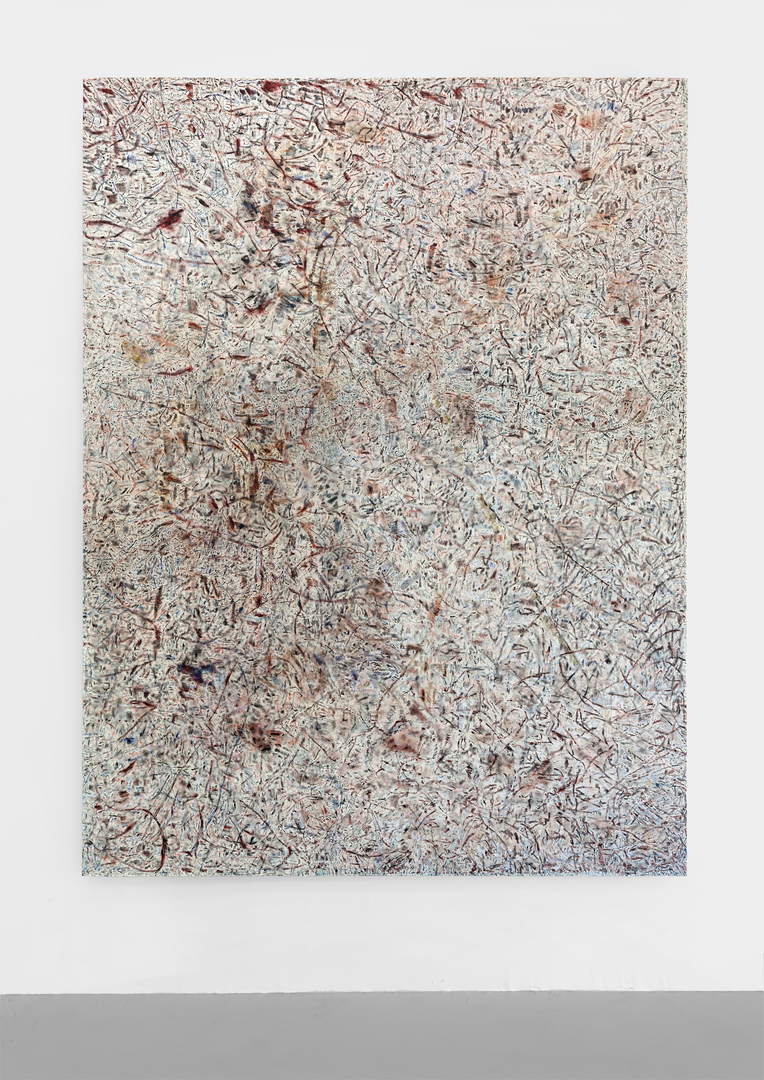 While Haitian painterly traditions are typically rooted in figuration, El-Saieh’s nonrepresentational works retain certain elements and peculiarities of this tradition: dots and marks, color palette, and a sense of rhythm in the paint application. The marks of The Look 2 (Ant’s Tits), in muted browns, grays, and blues, create a dense pattern across the surface of the canvas, in some sections resembling animal tracks or a map. These suggestions are strengthened by the patterning’s effect of creating a constant confusion of scale. The title phrase “ant’s tits” refers to the Haitian proverb that, given enough patience, one might see an ant’s tits.

El-Saieh (b. 1984, Port-au-Prince) studied at the New World School of the Arts, Miami, and currently directs the El-Saieh Gallery in Port-au-Prince. His work has been featured in solo exhibitions at the Institute of Contemporary Art, Miami (2017); Central Fine, Miami Beach (2015 and 2018); and the Haitian Heritage Center, Miami (2008), among others. Recent group exhibitions include the 2018 Triennial: “Songs for Sabotage,” New Museum, New York.