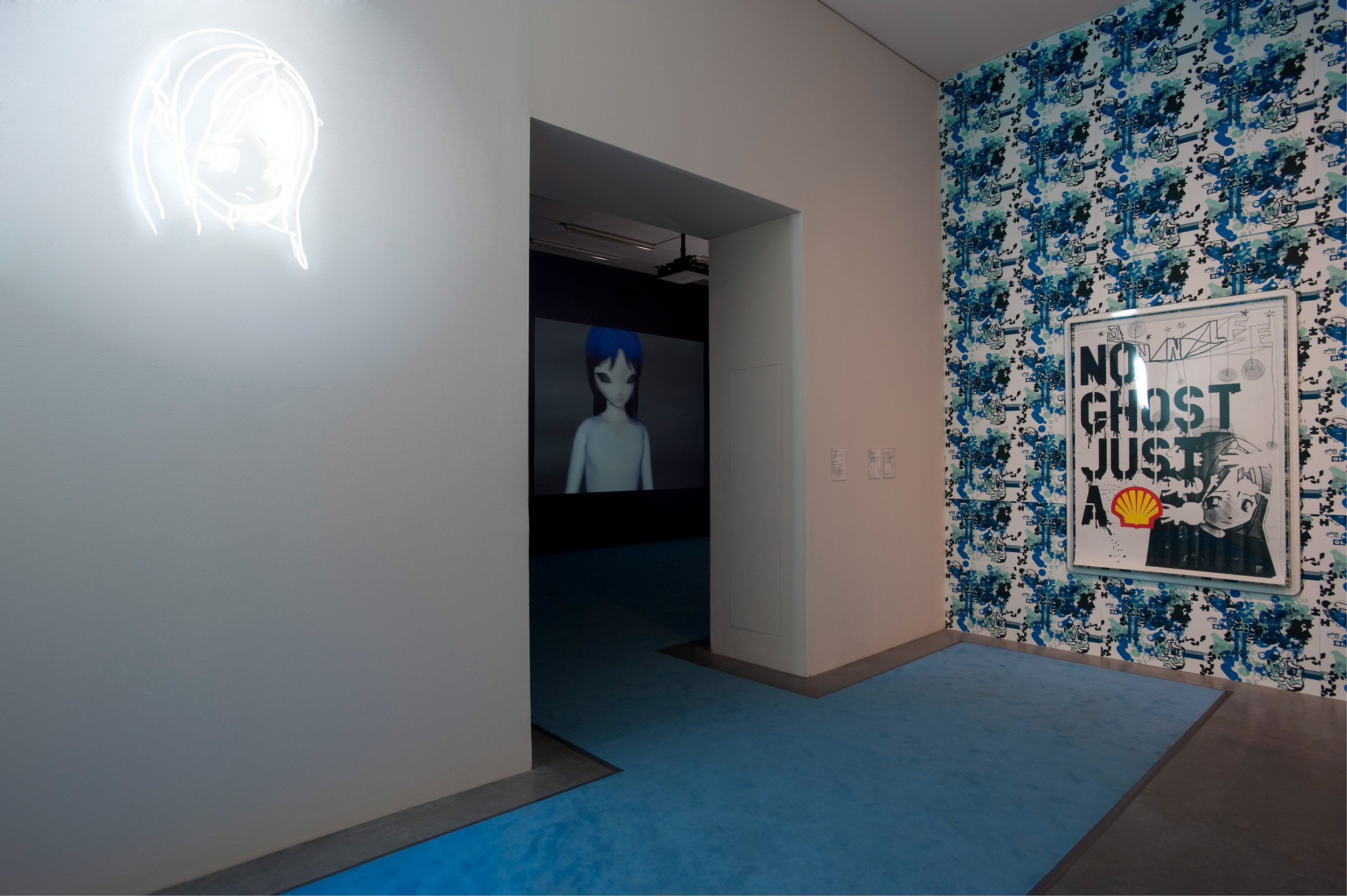 No Ghost Just a Shell is a multimedia, multiauthor project initiated by Pierre Huyghe (b. 1962) and Philippe Parreno (b. 1964), artists who came to prominence during the 1990s and whose work, alongside the work of their peers, has radically redefined the relationship of art to fixed form, cinema, and authorship. Their individual practices across ambitious participatory projects, performances, and installations rework complex narratives, frequently treating reality and fiction as indistinguishable from one another.

This multipart work takes its title from the 1989 Japanese cyberpunk manga (animation) Ghost in the Shell, whose female protagonist is a cyborg who questions her existence as part-human, part-program—“ghost” refers to her sentient consciousness while the “shell” is the cybernetic body. Working in what artist Douglas Gordon (who wrote for the project) has described as a “promiscuity of collaboration,” Huyghe and Parreno invited thirteen artists over a three-year period to create work starring a generic virtual avatar named AnnLee. They purchased the copyright to this unpublished background character developed by Kworks, a Japanese agency that creates manga characters (almost like actors or signs) for commercial use. No Ghost Just a Shell positions AnnLee as the protagonist of an evolving canon of narratives expressed through a variety of mediums—animated films, sculptures, paintings, neon works, screenprint posters, and wallpapers. Each artist’s project is a “chapter” in the evolving story of the character filling its empty “shell.”

Skin of Light (2001) by Parreno and Huyghe, for instance, is a neon light sculpture that depicts the facial features of AnnLee. Although it resembles the 2D drawing of the character that was originally purchased by the artists, in this version AnnLee looks sad and dejected. The neon portrait comes to life in Huyghe’s six-minute animation One Million Kingdoms (2001), in which AnnLee walks a lunar landscape while contemplating her existence as a character or sign. In Parreno’s Anywhere Out of the World (2000), a 3D animated version of AnnLee further reflects on her identity as a generic, cheaply bought character and how this artistic project might be a form of liberation: “I am a product. A product freed from the marketplace I was supposed to fill. . . I was bought but strangely enough, I do not belong to anybody. I belong to whomever is able to fill me with any kind of imaginary material anywhere out of the world. I am an imaginary character. I am no ghost, just a shell.”

The project culminated in late 2002 with fireworks that cast the shape of AnnLee’s face across the sky above Miami Beach. The artists then legally transferred the ownership of AnnLee’s image to AnnLee, the character itself, creating a closed circuit of production and distribution. For an installation at Kunsthalle Zürich, the aforementioned videos were exhibited alongside other animations of AnnLee, as well as posters and wallpapers by M/M (Paris), a large oil on linen portrait of the character by Richard Phillips, Joe Scanlan’s Last Call Do-It Yourself (Annlee) (2002), a DIY coffin made from IKEA furniture, and a contract liberating the character from economic and artistic manipulation.