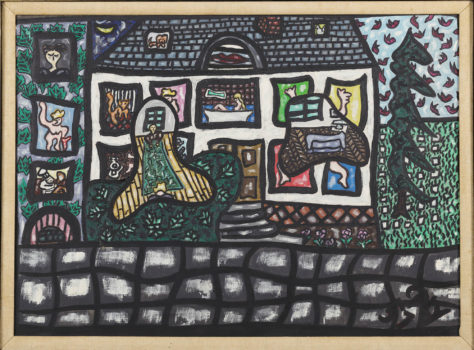 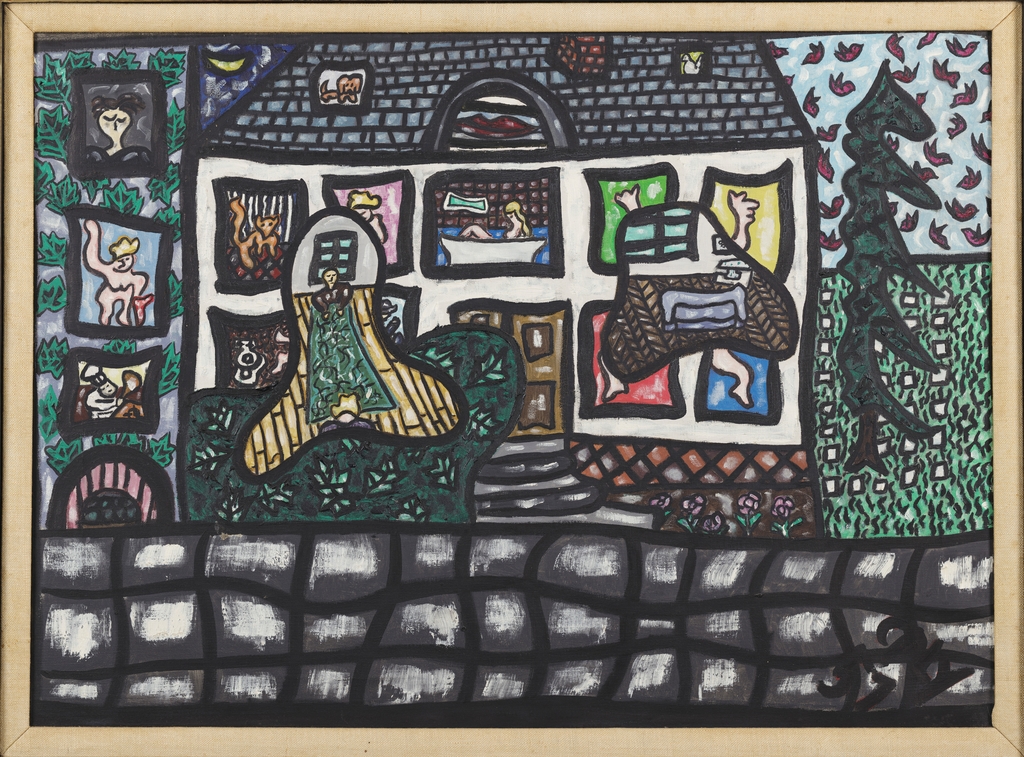 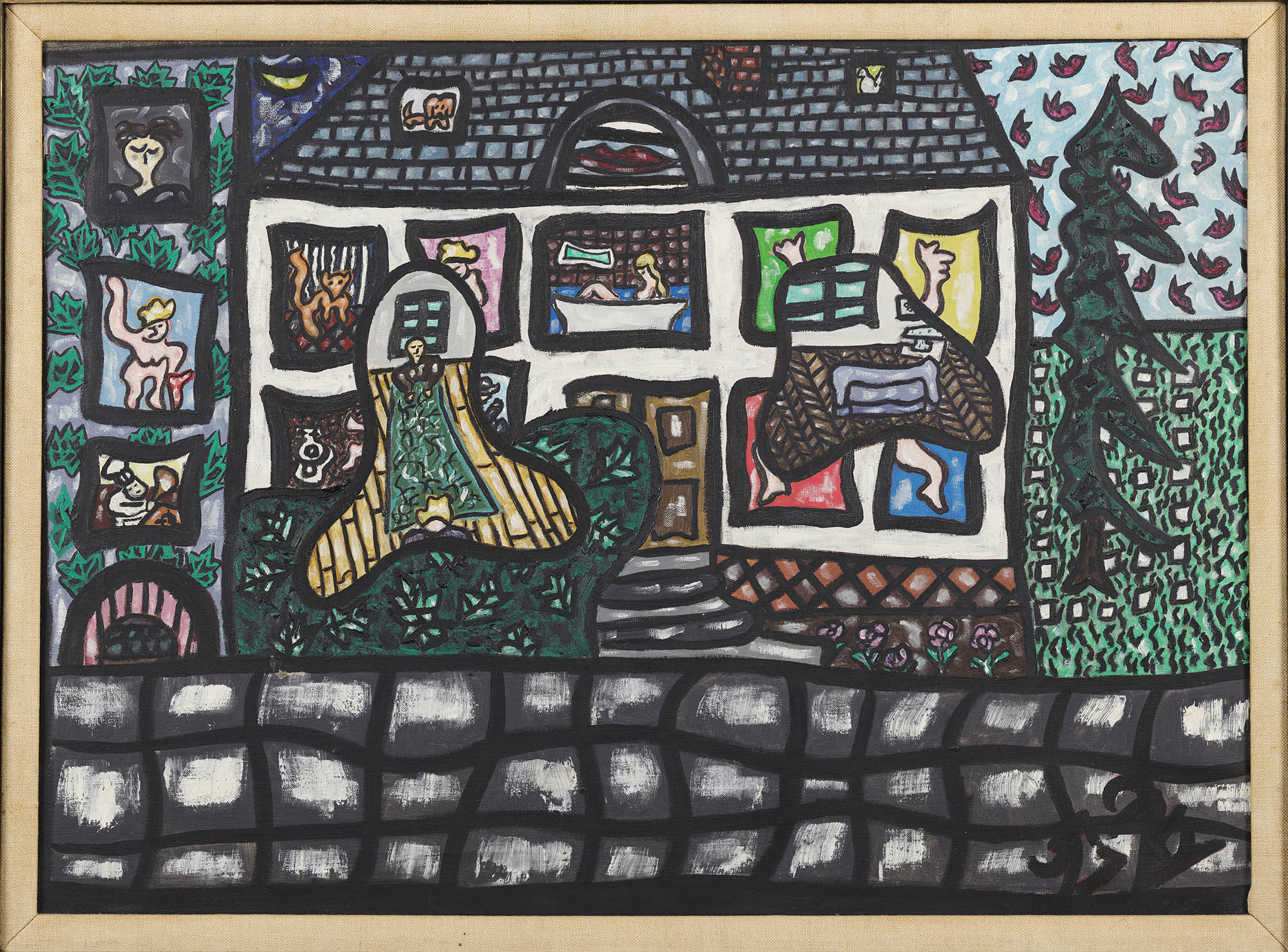 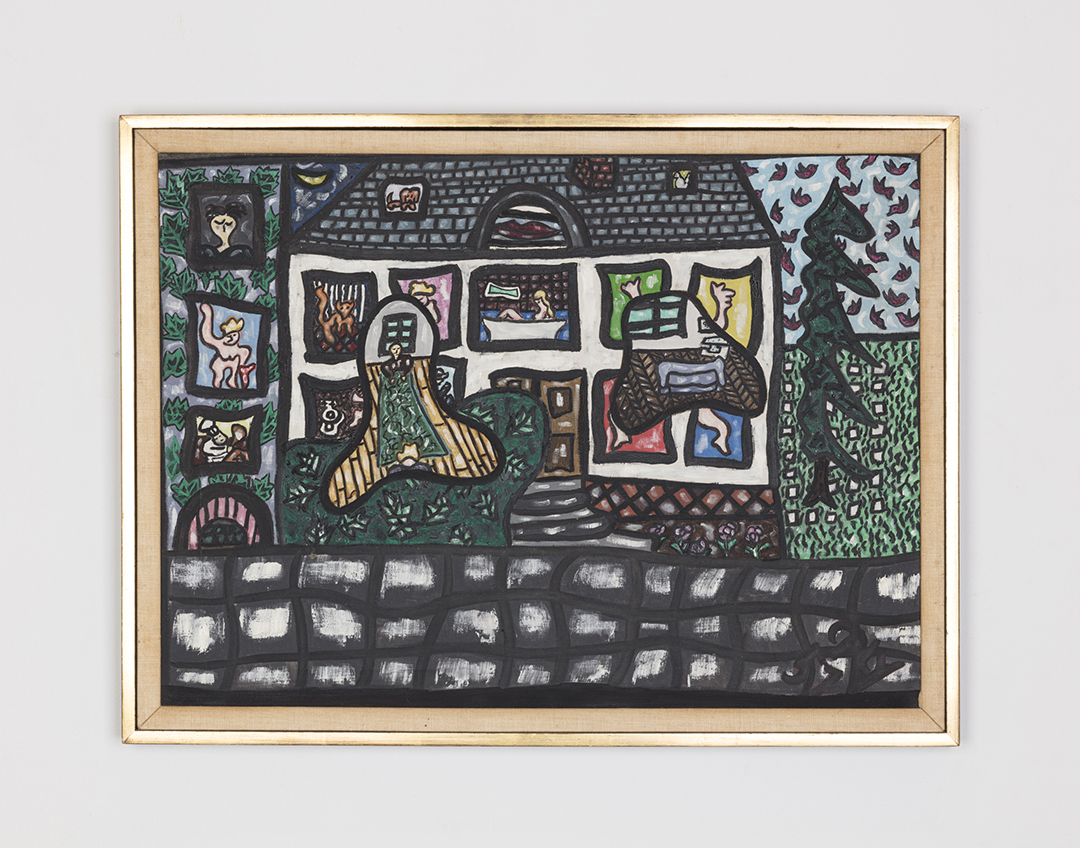 William Nelson Copley (b. 1919, New York; d. 1996, Sugarloaf Key, Florida), a self-taught painter known by the moniker CPLY, is a crucial connecting figure between Surrealism and Pop art. Copley came to painting following a short-lived career as a gallerist and collector of Surrealist works in Los Angeles. He developed a unique style and iconography that made use of cartoonlike motifs––reduced, simple figures depicted with thick, black brushstrokes and flat coloring, most often men in bowler hats and female nudes––to critically and humorously explore topics including nationalism, eroticism, and art history.

In 1954 Copley moved to Longpont-sur-Orge, near Paris, where he lived until 1962. Longpont depicts the artist’s home, which served as a social hub for members of the Paris art scene of the time. Artists like Man Ray, Henri Matisse, Marcel Duchamp, and British architect Maxwell Fry frequented gatherings there, entering into a dynamic artistic exchange with Copley.

Longpont features the home in a flat, frontal perspective intersected by windows and views through the front facade that exposes its inner workings in a puzzle-like layout. These “peep holes” reveal a bathing woman, a long dining table, a dachshund, and several other motifs that would recur in the artist’s works in subsequent years. In the central window in the gable of the roof a pair of smiling red lips appears, referencing Man Ray's Observatory Time: The Lovers (1936), a work Copley had exhibited in his gallery in Los Angeles in 1948 and subsequently held in his private collection. Man Ray famously photographed Copley’s home and social gatherings. Longpont quintessentially reflects the different roles Copley inhabited throughout his lifetime: gallerist, collector, and painter, as well as patron of the arts and supporter of many artists.