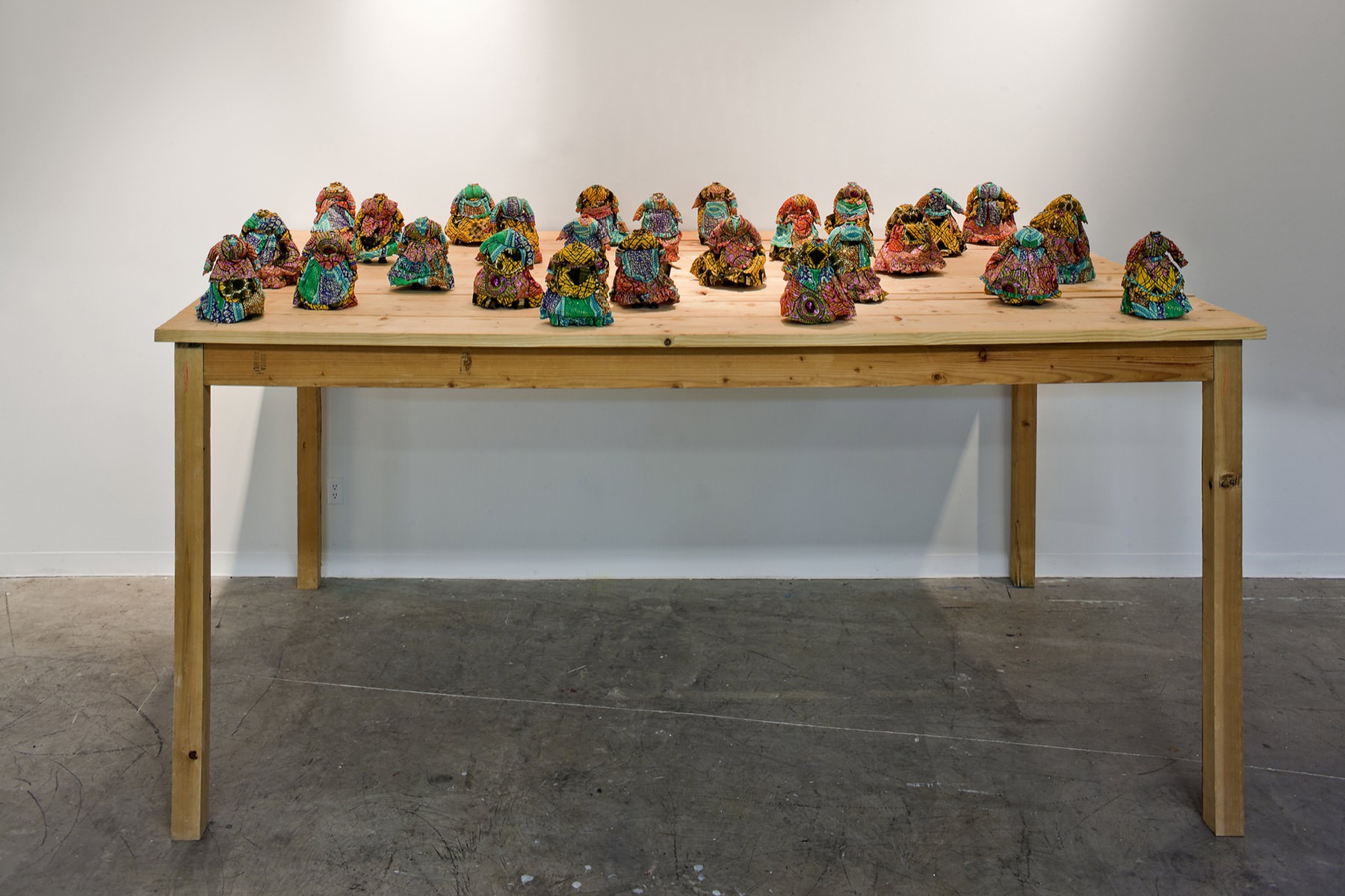 This installation was originally commissioned for "Black President: The Art and Legacy of Fela Anikulapo-Kuti" (2003) at the New Museum in New York, a group exhibition that explored the eponymous Nigerian folk hero and activist. This work takes its name from the final lyrics of Kutiâ€™s 1972 song â€œLady,â€� an anthem for the newfound power of modern African women that contrasts traditional African women who â€œgo do anything [her man says]â€� with their feminist counterparts who â€œ[get] power like a man.â€� Kutiâ€™s legacy is controversial: an outspoken critic of Nigeriaâ€™s military dictatorship during the 1970s and founder of a radical musical commune, he would later be criticized for marrying twenty-seven women. Lady Na Master thus represents the problematic role of women in liberation struggles that conservatively interpret â€œtraditionalâ€� ideas of gender.

Shonibare moved to Lagos, Nigeria, at the age of three, but returned to London to study at Byam Shaw School of Art and Goldsmiths College, where he graduated in 1991 as part of the Young British Artists (the YBAs) generation. Shonibareâ€™s work has been exhibited widely at international museums including Royal Museums Greenwich, London (2013); the Museum of Contemporary Art, Sydney (2009); the National Museum of African American Art, Smithsonian Institution, Washington, DC (2009); the National Gallery, London (2007); and Tate Britain, London (2004), among many others. His work is held in the collections of institutions worldwide such as the Museum of Modern Art, New York; the Museum of Contemporary Art, Chicago; the National Gallery of Canada, Ottawa; the San Francisco Museum of Modern Art; and the British Museum, London. Shonibare lives and works in London.