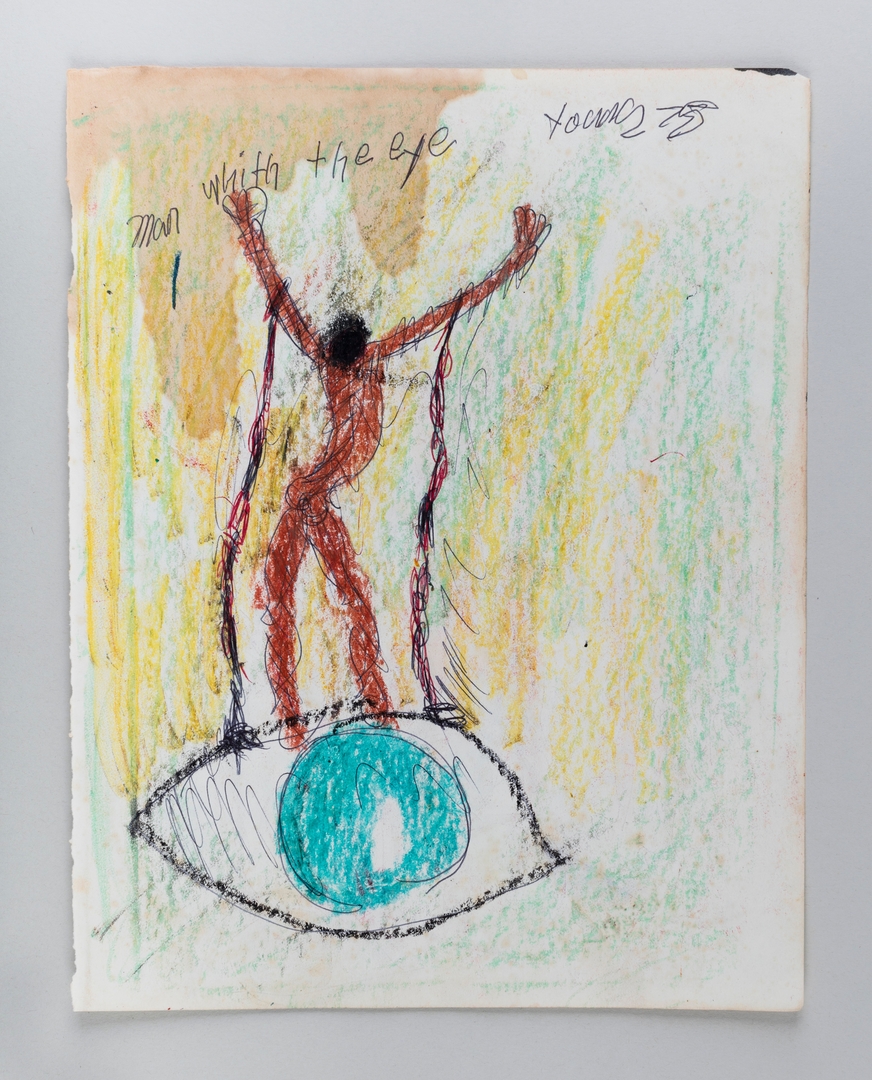 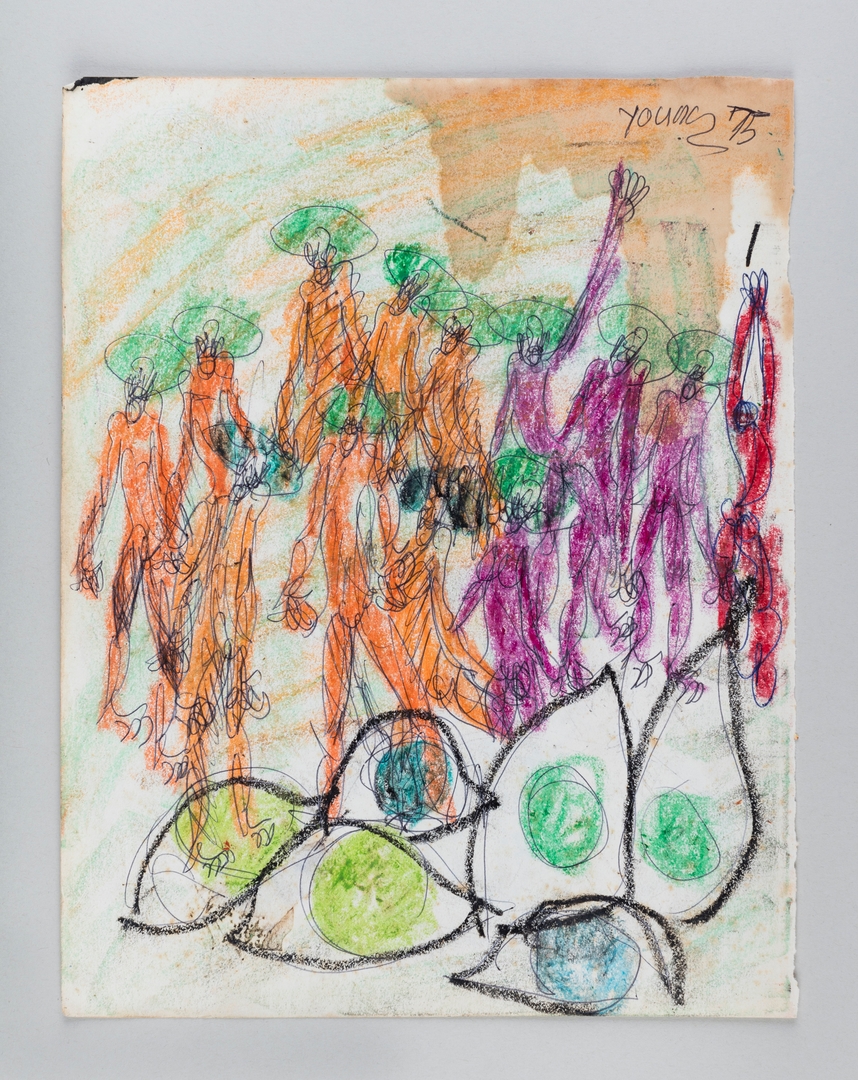 Man with the eye features a faceless man standing atop a large blue eye. In Young’s works the eye symbolizes the control and authority of an all-seeing establishment. The figure’s arms lift toward the sky, red chains dangling loosely from them in a gesture of victory. Triumphant and freed from his constraints, the figure prevails over its oppressor.

On the verso, an untitled drawing depicts twelve men stand on large green and blue eyes. Clad in orange and purple, their heads are framed by green halos. A thirteenth man, clad in red, appears on the right margin of the drawing with his arms raised. He is an outsider to the group, yet seems to dominate the scene through the powerful red hue. This could be Young’s interpretation of stories of Jesus and the twelve apostles from the New Testament, translated into his vernacular aesthetic. The artist held spiritual and religious figures in high regard and felt connected to the idea of seeking freedom through religious practice and beliefs.