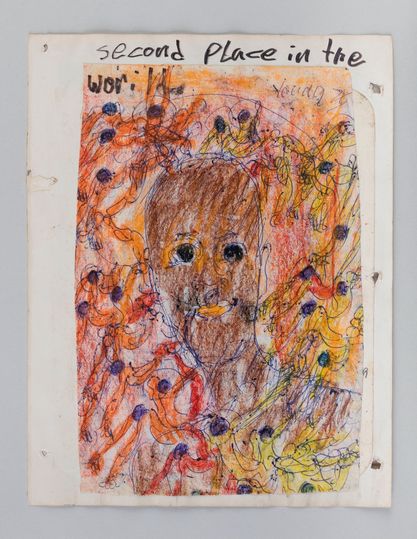 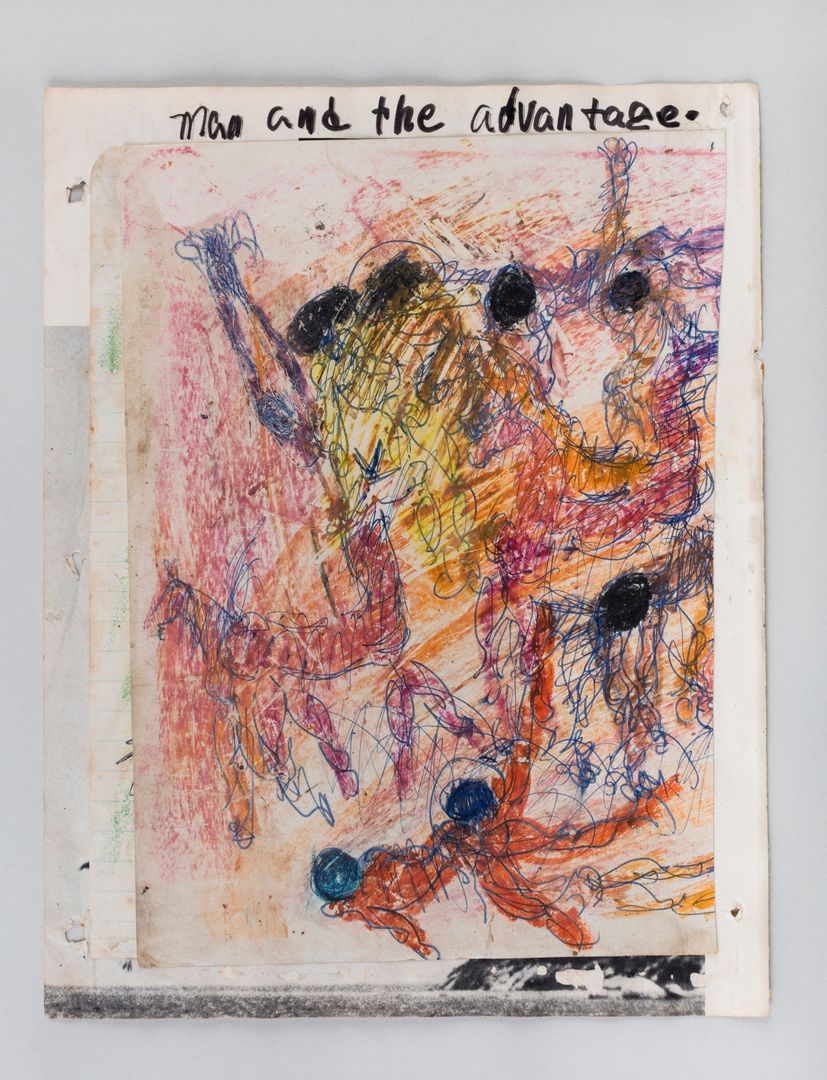 Young often created images of friends, neighbors, musicians, and angels, depicting them with halos to symbolize good people and the possibility of goodness in a strife-riven world. Second Place features the portrait of a Black man framed by a crowd of people tinted in orange and yellow. At the top of the page, Young added the words “Second Place in the World,” possibly hinting to the social position of the figure at the center of the drawing.

On the verso, Man Advantage features a crowd of protesters and horses. The undated drawing might reference the unrest in Miami’s Liberty City neighborhood in 1968, in particular the protests against the continued social, political, and economic discrimination enacted there. For Young, the horse is a symbol of freedom—and protesting a way to achieve this freedom. The artist’s imagery speaks to his concern for the contested condition of humanity and Black people’s struggle for liberation. In his works, the artist confronted this continued fight for fundamental change: “My feeling was the world might be better if I put up my protests. I figured the world might get better, it might not, but it was just something I had to be doing. . . . I’m a warrior . . . I think, like, I’m one of the figures in my art.”