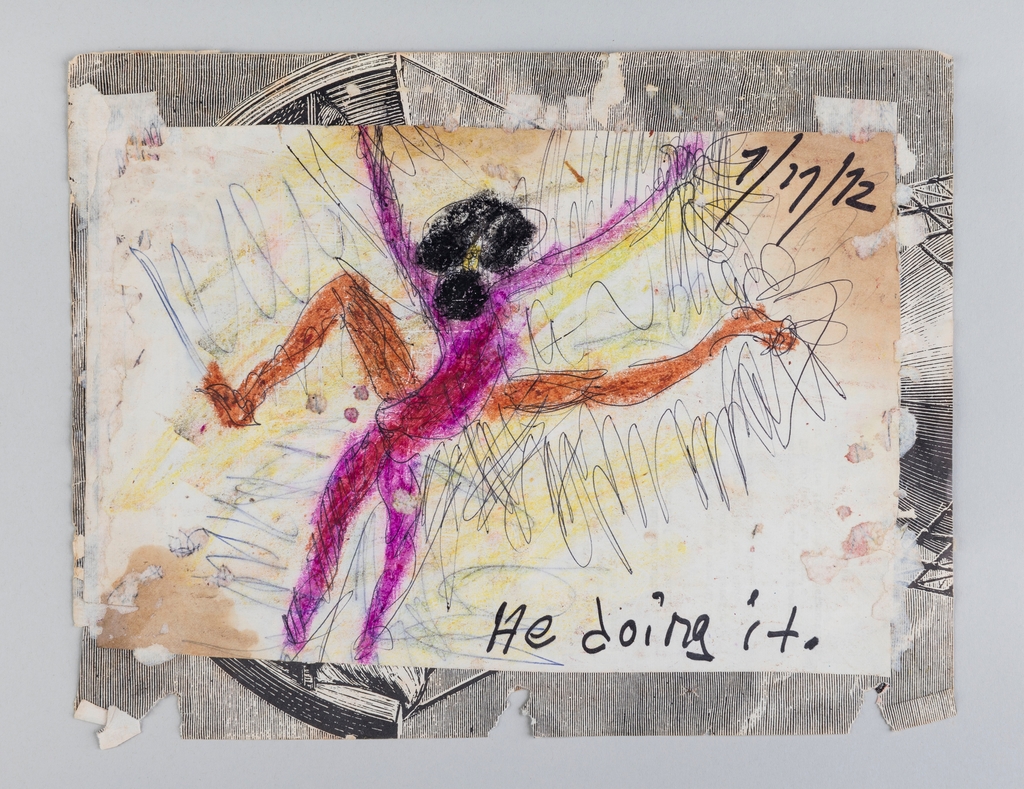 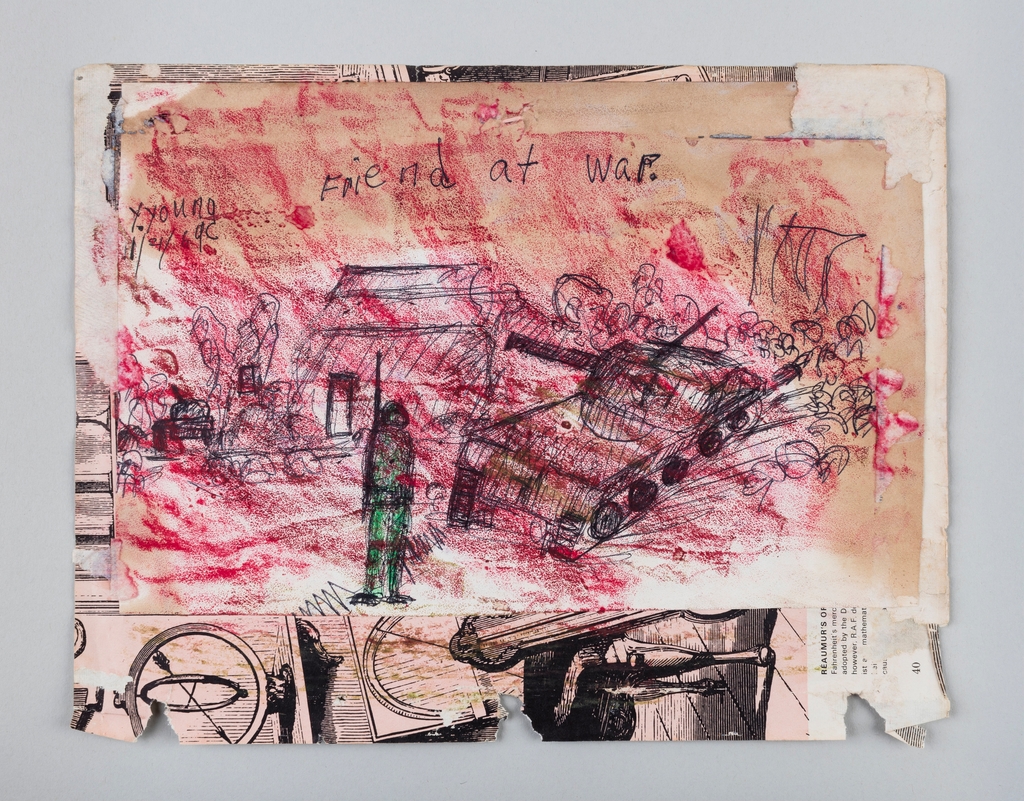 In many of his works, Young gives voice to overlooked narratives of Black American soldiers and their contributions to American history. Collaged over a ripped-out page of a book featuring etchings from eighteenth-century France, the drawing War stages a battle scene. A soldier in green uniform stands in the way of a tank moving toward him, an armed fort and explosions in the distance. Young has written the words “Friend at War” across the top of the image. Likely referencing the Vietnam War, this drawing from 1969 seems to direct attention to the treatment of Black soldiers who were fighting for the United States in Vietnam while facing discrimination at home. He doing it., the drawing on the reverse, pictures a completely different scene. In a swirl of arms and two pairs of legs, two people appear to be having intercourse. The dynamic lines drawn with pen around the figures resonate with the architectural and circular shapes of the historical etching the drawing is pasted onto.