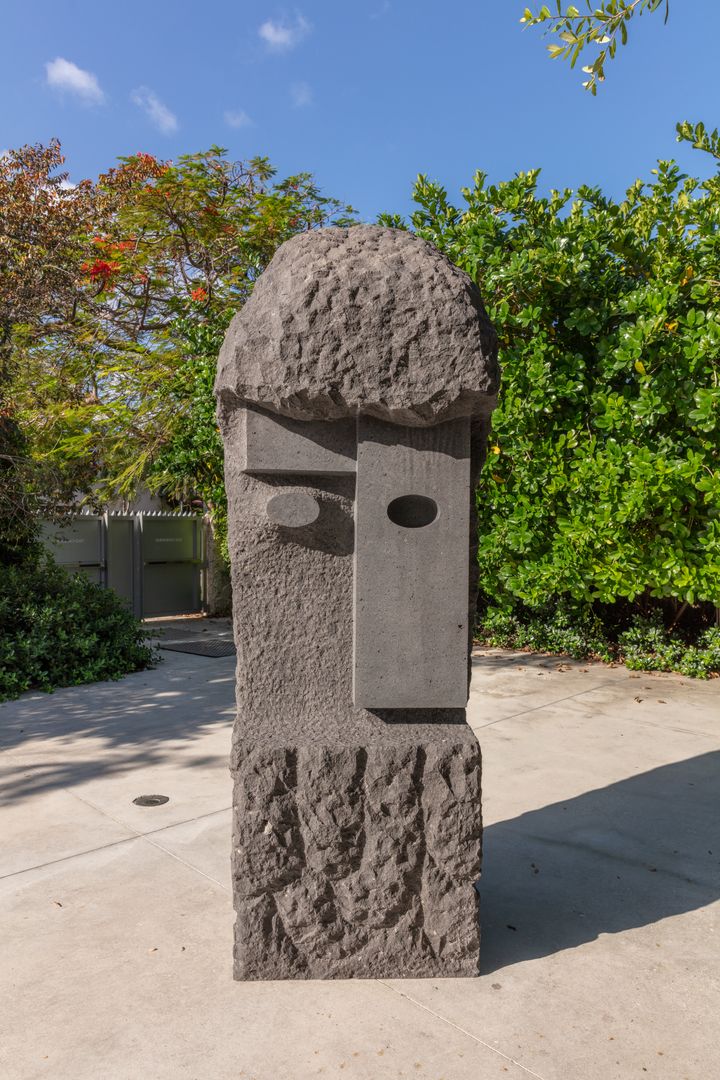 Originally trained as an architect, Pedro Reyes (b. 1972, Mexico City) is a conceptual artist who playfully investigates the intersections between physical and social space, form, and history. Taking on a wide spectrum of contemporary historical, social and political issues, his work engages a variety of material applications, including stone carving, welding, and weaving as well as interactive installations, video, and performance.

Epicurus belongs to a series of monumental sculptures carved from volcanic rock that pay homage to Greek philosophers and explore ancient and modern languages of sculpture in relation to society and its systems of thought. A great thinker of the Hellenistic era, Epicurus was the first to investigate and advocate for pursuing joy through a simple, self-sufficient lifestyle and philosophical discourse. Epicurean happiness is characterized by reaching a state of ataraxia and aponia (“tranquility or peace” and “absence of bodily pain,” respectively). Epicurus’s approach was enacted in a number of communities that quickly spread his ideas during and long after his lifetime. Reyes’s Epicurus––with its geometric facial features caricaturing those of the philosopher––is an homage to this great thinker that breathes new life into his ideas.