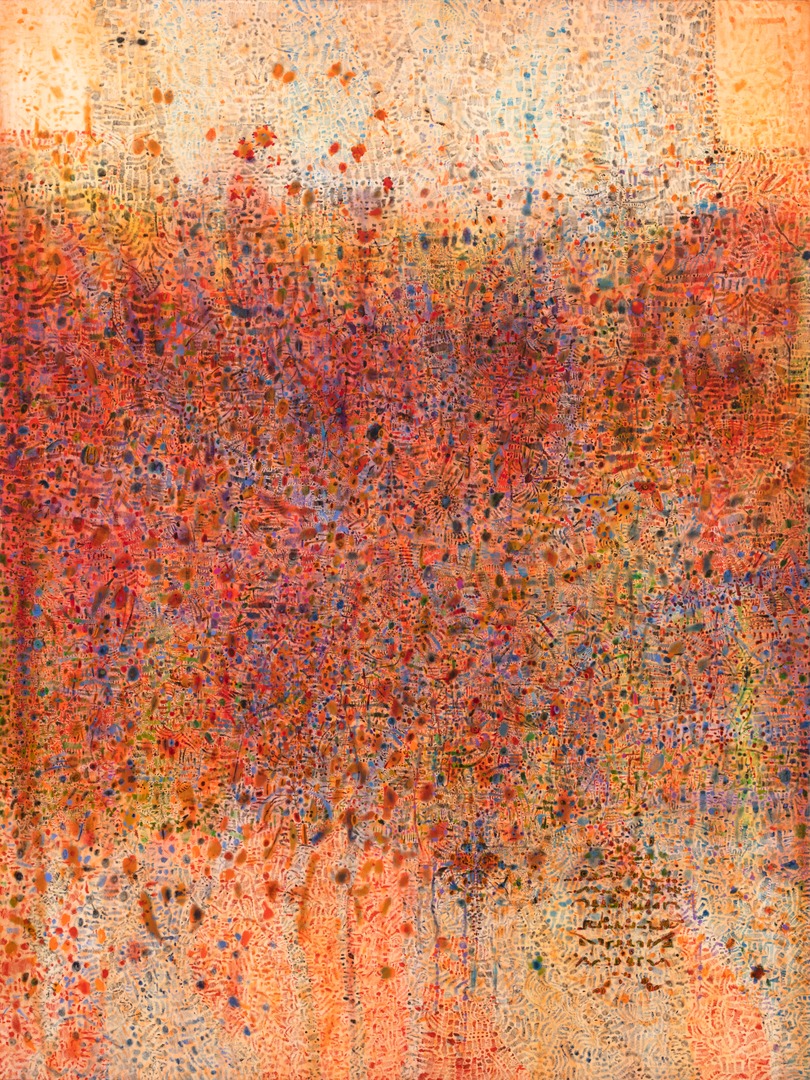 While Haitian painterly traditions are typically rooted in figuration, El-Saieh’s nonrepresentational works retain certain elements and peculiarities of this tradition: dots and marks, its color palette, and a sense of rhythm in the paint application. Densely colored in glowing shades of orange and blue, OGFR exposes vibrant and complex patterns that often prompt viewers to see forms or figures in them. Playfully addressing viewers’ attempts to decode such patterns, El-Saieh says, “you have to be a drone and a scanner” when taking in his works. The painting’s title perpetuates the work’s ambiguity and open-endedness; OGFR might be an abbreviation for the deity Ogoun Feraille, a warrior and “spirit of metal” in Haitian Vodou or signify something entirely different.

Tomm El-Saieh (b. 1984, Port-au-Prince) studied at the New World School of the Arts, Miami, and currently directs the El-Saieh Gallery in Port-au-Prince. His work has been featured in solo exhibitions at the Institute of Contemporary Art, Miami (2017); Central Fine, Miami Beach (2015 and 2018); and the Haitian Heritage Center, Miami (2008), among others. Recent group exhibitions include the 2018 Triennial: “Songs for Sabotage,” New Museum, New York.