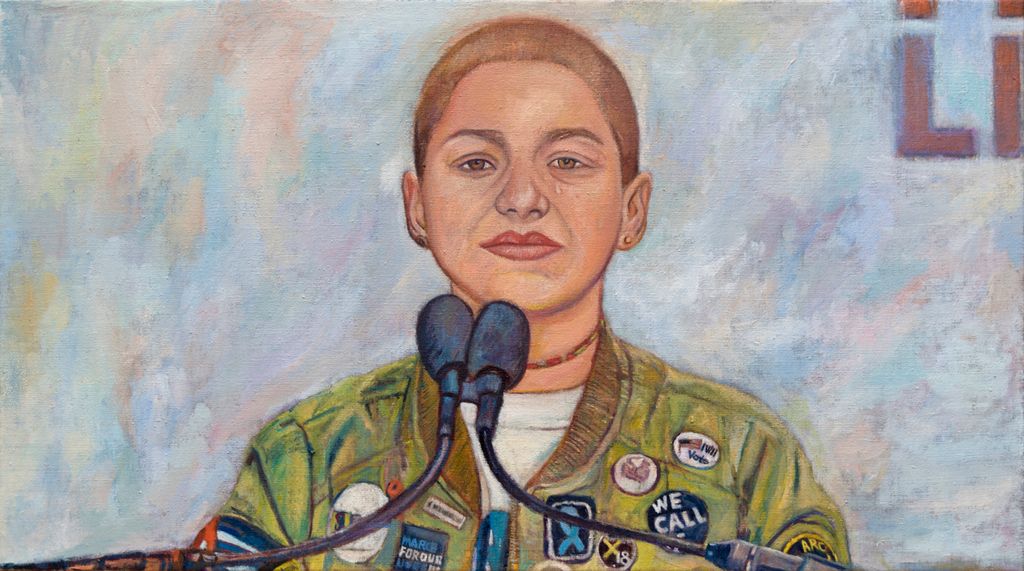 Part of the ongoing series “My American Dream,” which first appeared in the 2014 Whitney Biennial, Emma González, March for Our Lives (2018) portrays Emma González, the youth activist and survivor of the February 2018 Marjory Stoneman Douglas High School shooting in Parkland, Florida. Along with Sarah Chadwick, Jaclyn Corin, Ryan Deitsch, David Hogg, Cameron Kasky, and Alex Wind, González cofounded the gun control advocacy group Never Again MSD to stem the American plague of school shootings. Mayerson’s painting renders González in powerful detail during her famed speech at the March for Our Lives demonstration on March 24, 2018, in Washington, DC, where she recited the names of seventeen fallen classmates. For a period of six minutes and twenty seconds—the length of the shooting spree—González was silent as tribute. It was González’s “defiant optimism to bring the power of change to our world,” that inspired Mayeron’s portrait, adding that he “hoped to bring a sense of realness and to document in a painting what already is one of the most moving and public political performances of our time.”