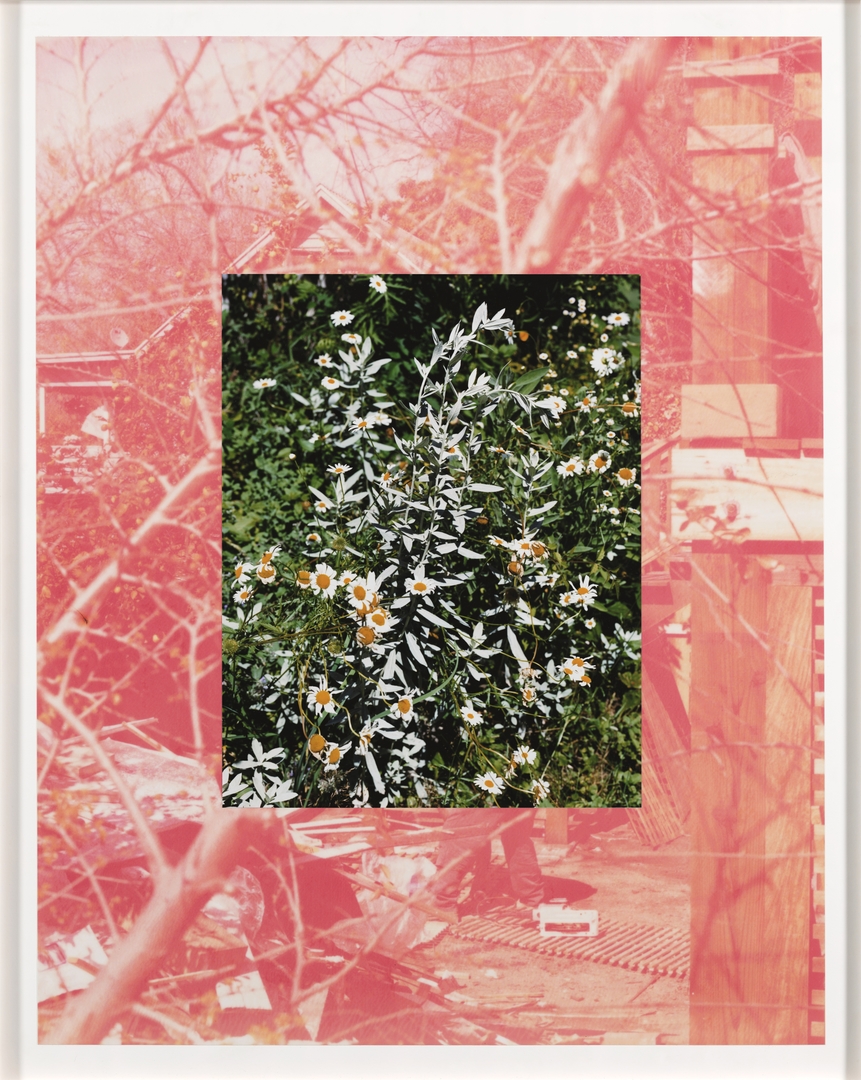 Ethridge’s work connects to American landscape traditions yet proposes new themes and documentary forms. LA Backyard with Sage and Daisies, and early work, belongs to a series of photographs of taken by the artist for his book Roe Ethridge: Rockaway, NY (2007), which pictures sites around the globe—Mumbai, St Barts, Cornwall, Atlanta, New Mexico, Los Angeles, Florida, Montauk, and the Rockaway peninsula of the book’s title. LA Backyard with Sage and Daisies collages an image of sunlit sage and blooming daises atop a larger image of an urban backyard cluttered with debris. The bleak lot contrasts with the pink hues that evoke the aesthetics of 1960s color photographs and clichéd imaginations of southern California sunsets. Layering and juxtaposing these images, Ethridge’s photograph depicts the process and labor that goes into marketable images that conjure romantic projections of prosperity, abundance, and beauty.

Captured through varied pictorial modes and perspectives, the images in the book—coastal views, shop interiors, suburban settings, a snow-covered boardwalk, and a quiet street in the late summer—seem to blend into and emulate one another. “The idea is not to render a perfect illustration of a coastal-themed photo project,” says the artist, “but something more like a fugue form with multiple voices that pull the threads through this coastal thematic.” The concept of the “fugue”—a contrapuntal compositional musical technique or a condition of amnesia or disoriented travel—is often referenced in Ethridge’s practice. Rather than resembling scattered recollections by following linear logic, this fugue strategy searches for and achieves unity and harmony through synesthetic perception or feeling.