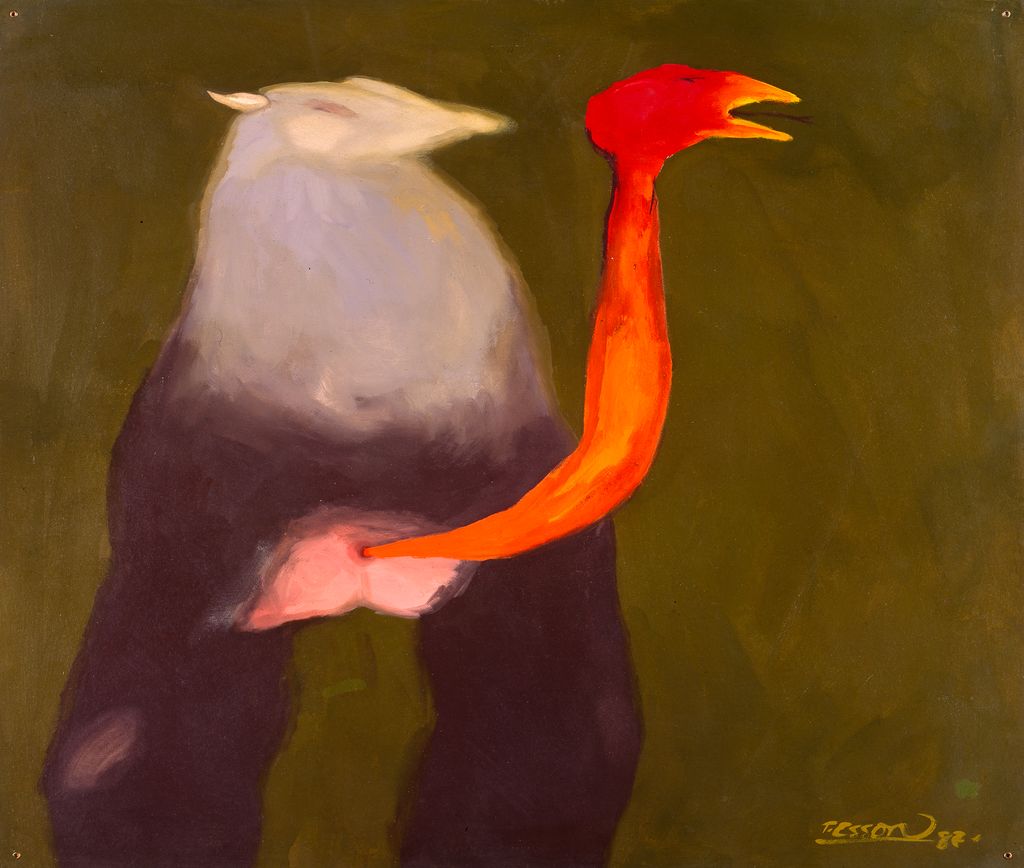 Tomás Esson creates lively, at times grotesque paintings loaded with energy and humor, mythology, and bold political commentary. A central figure of the 1980s renaissance in Cuban art, Esson frequently depicts sexualized and monstrous creatures symbolizing political forces and figures. Notorious for criticizing the Cuban government and society, Esson left Cuba in 1990 and has since lived between New York and Miami. He continues to make paintings critical of the Castro regime, while also venturing into new motifs and even abstraction.

Ese de Serpiente (S for Serpent) features one of Esson’s so-called monsters, which merge humans and animals into hybrids of violence, loneliness, disaffection, libido, and humor.

This painting was included in Esson’s solo show “A tarro partido II” (1988) at Centro de Arte 23 y 12 in Havana, which was censored and closed by the Cuban authorities. Like much of Esson’s work during the 1980s, the monsters of “A tarro partido II” expressed growing ambivalence toward and critical questioning of the Cuban Revolution (1953–59), a project that nationalized and centralized the press, economy, and society instead of delivering the promised revolutionary socialist state. In these works, the Cuban flag and the revolutionary hero Ernesto “Che” Guevara are monsters; for Esson, this suggests the hypocrisies of Cuban society and the failure of the revolutionary project.