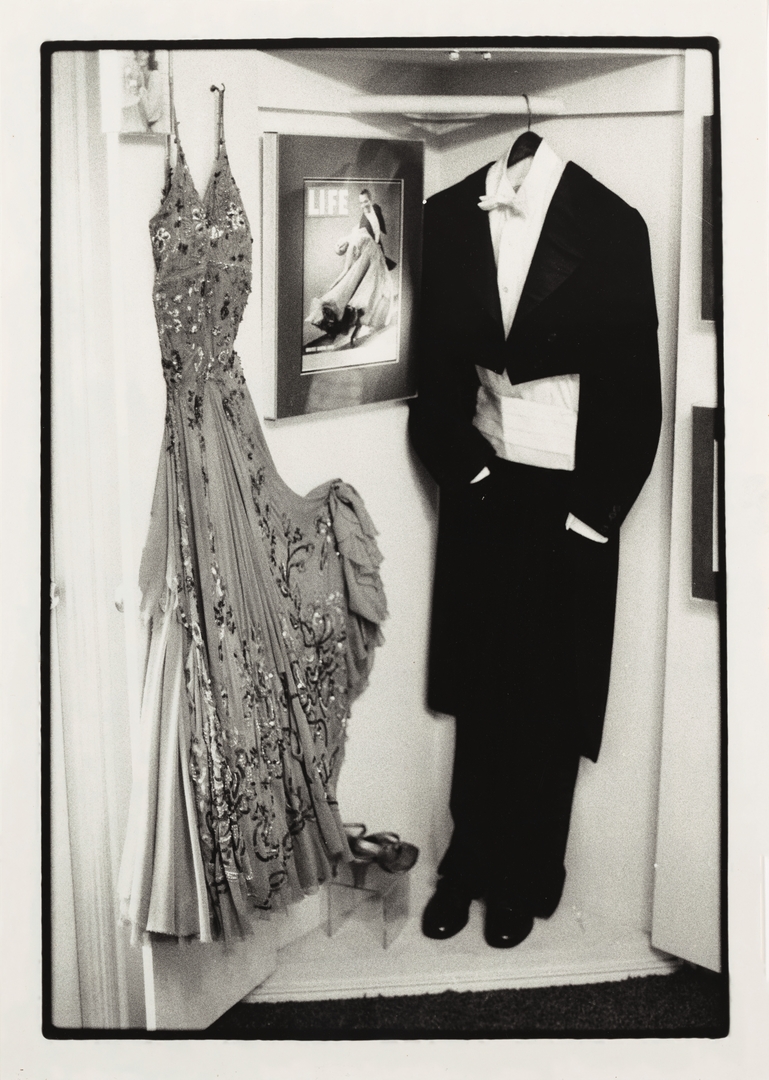 Zoe Leonard is widely acclaimed for foregrounding the identity-making power of photography. Many of her photographs classify, frame, and order visual materials into object schemas—associating like with like and drawing similarities between related subjects. Leonard’s approach often assigns significance to urban imagery—storefronts, graffiti, signage, and clubs. Frequently using New York City as a symbol, the artist has subsequently turned her attention to popular culture worldwide, meditating on globalization and geography. In a significant work created for Documenta IX (1992), Leonard removed all the paintings depicting men from the walls of the Neue Galerie in Kassel, leaving only those featuring women. These vacant places were filled with small, close-up black-and-white photographs of the artist’s friends’ vulvas. Leonard has frequently engaged activist groups including ACT UP, GANG, and Fierce Pussy that create a link between radical action and visual representation.

Dress + Suit (for Nancy) (1990/95) shows an exhibition display of a ballroom dress and suit. The garments were worn by Frank Veloz and Yolanda Casazza, husband and wife and self-taught ballroom dance team who appeared on the October 1939 cover of LIFE magazine, which is also featured alongside the garments. The photograph draws on media artifacts and the history of fashion to highlight the cultural violence perpetuated by beauty standards that both men and women are expected to possess. Leonard’s work examines how bias is built into the institutional framework of our society, often looking at museum displays, libraries, and fashion shows to draw a critical eye on the politics of representation and display. Questioning subject, vantage point, and the relation between viewer and world, this work speaks to how beauty is constructed and perceived by different audiences.

Zoe Leonard (b. 1961, Liberty, New York) received the 2014 Bucksbaum Award from the Whitney Museum of American Art, New York. Her work has been featured in international solo exhibitions including at the Art Institute of Chicago; The Kitchen, New York; Museum of Modern Art, New York; MoMA PS1, Long Island City; MUMOK Museum of Modern Art, Vienna; and Tate Liverpool. Leonard’s work is held in the collections of the Dallas Museum of Art; Denver Art Museum; the National Gallery of Art, Washington, DC; Philadelphia Museum of Art; Tate Modern, London; and the Whitney Museum of American Art, among many others.