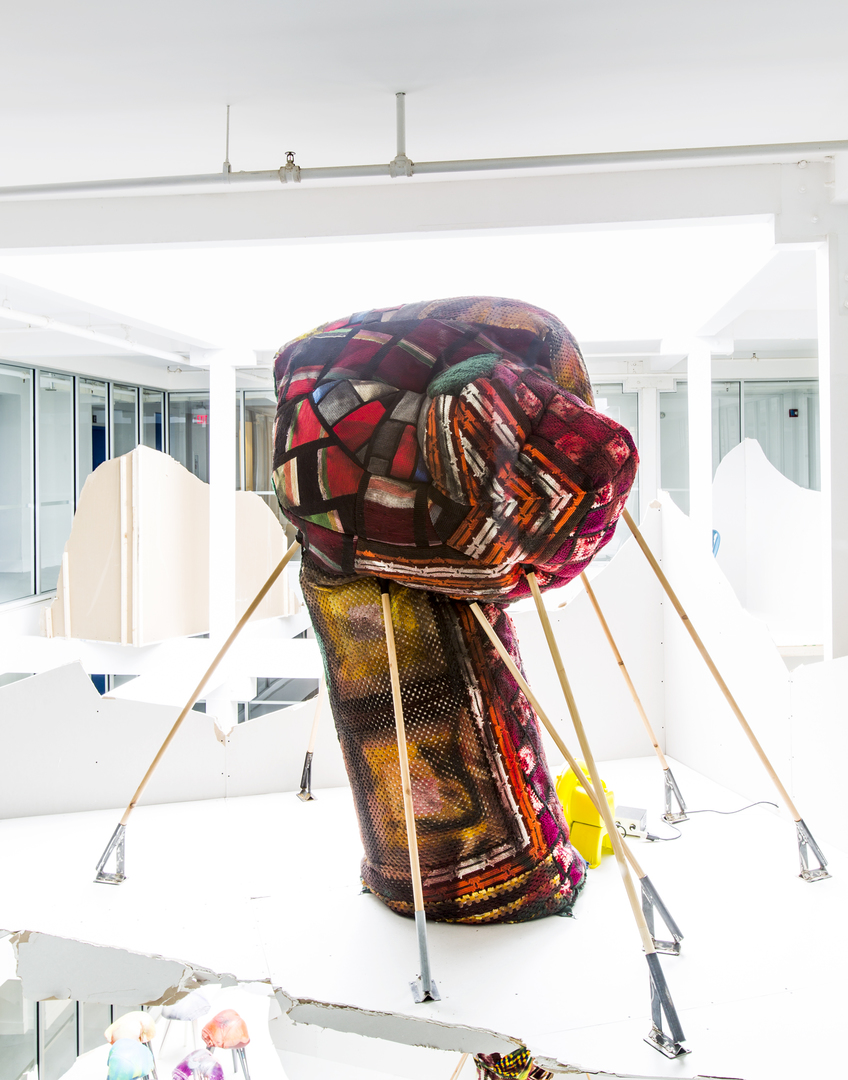 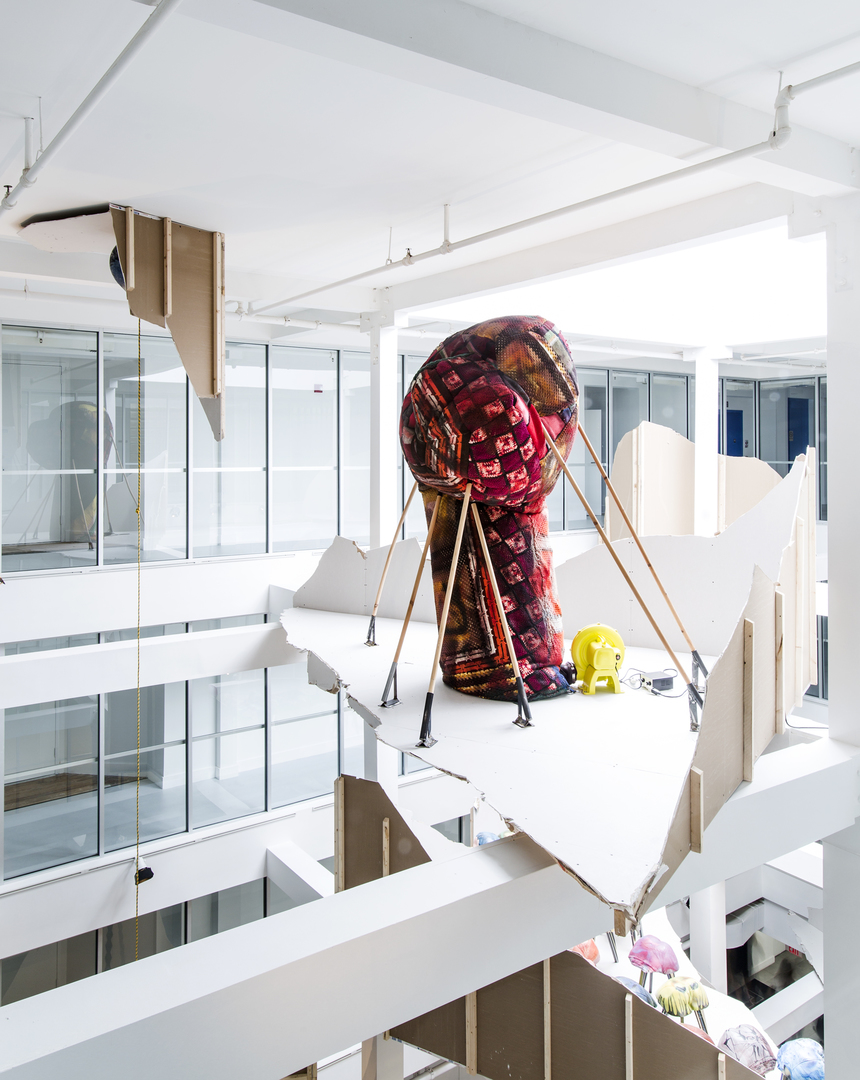 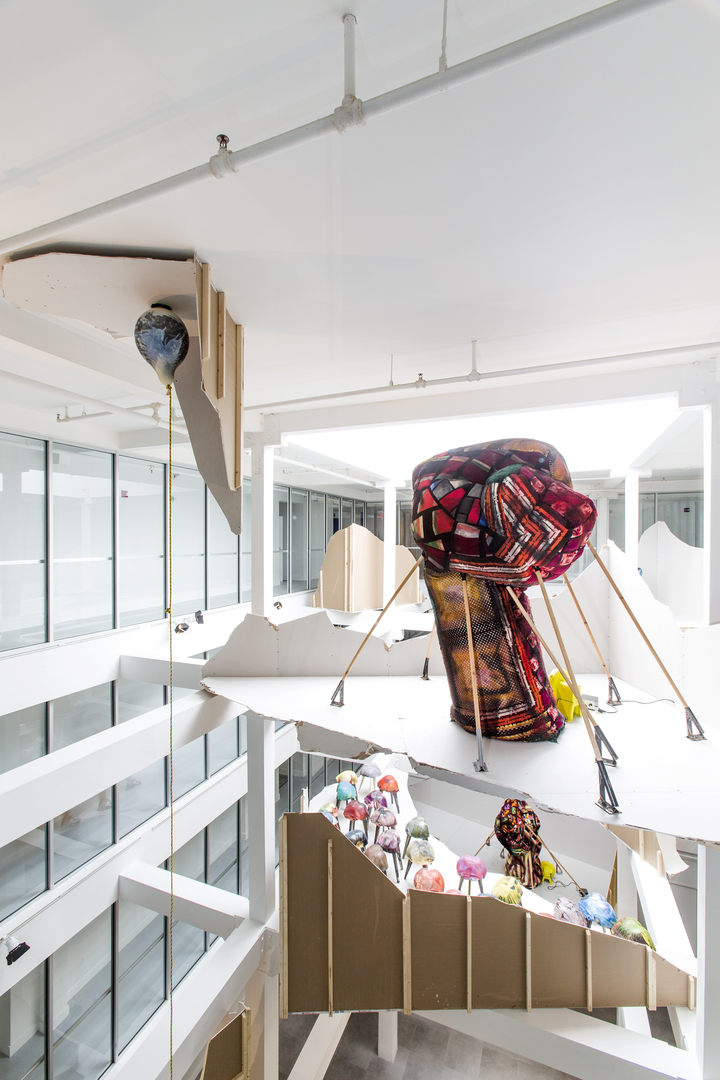 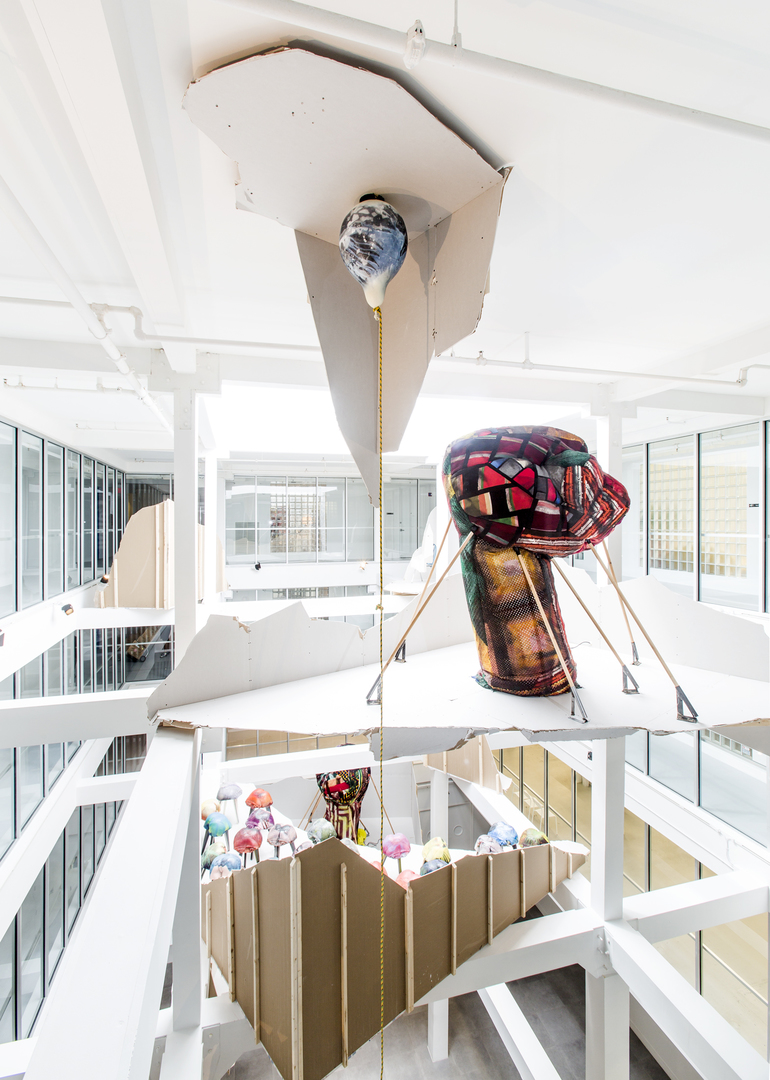 Andra Ursuţa’s work provocatively engages with the psychology of power and traditions of modernism through vernacular aesthetics that vary from sublime to grotesque and tragicomic. Often working in sculpture and installation, the artist’s works are deeply rooted in her personal history and Eastern European identity, and in the political histories of communist Romania. Drawing from memory, nostalgia, art history, as well as popular culture, the artist transforms commonplace materials and objects into irreverent and provocative sculptures that often echo the human body.

Soft Power 2 (2013) is a monumental inflatable fist made of patchwork-quilted comforters that reference Romanian folklore craft. The fist, a common symbol of political resistance and protest in Soviet art and propaganda, inflates and deflates in regular intervals on a number of tentative wooden poles. Rendered absurd by its anthropomorphism, Ursuţa’s fist oscillates between hardly authoritarian and softly disempowered. In its grotesquely deflated state, Soft Power 2 brings to mind the complex histories of fallen monuments and the ideologies they once promoted.