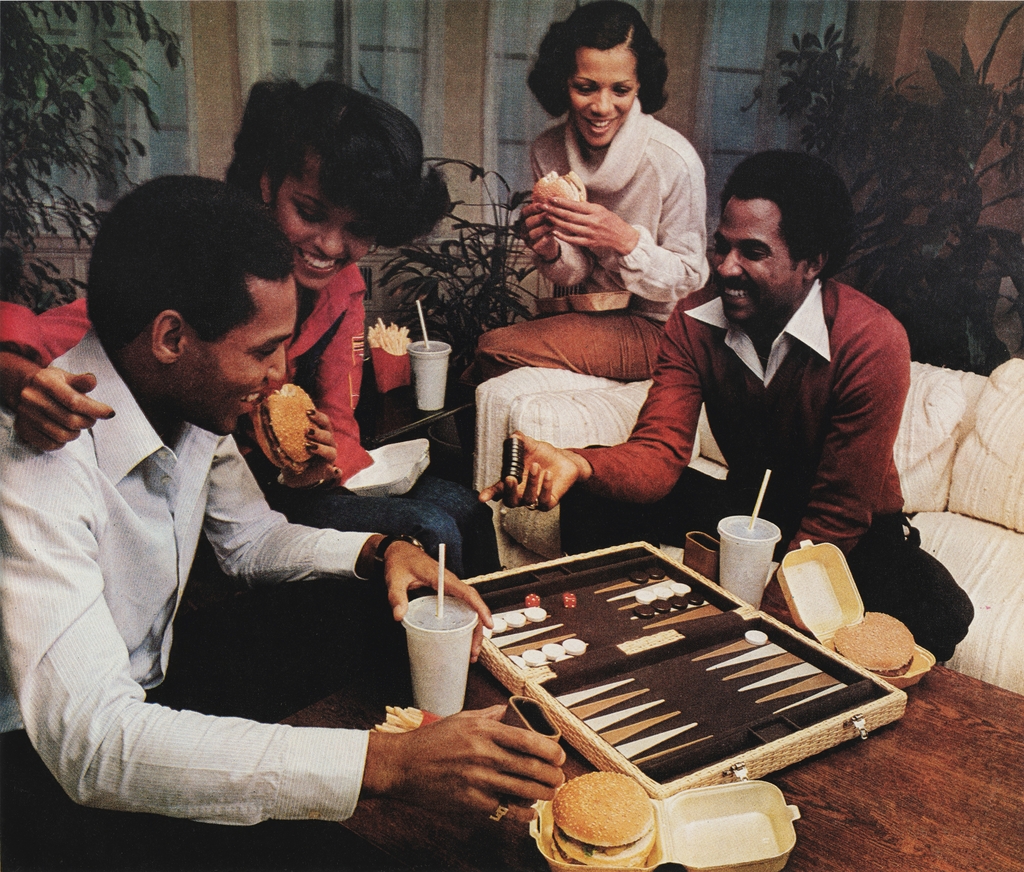 Hank Willis Thomas, So Glad We Made It, 1977/2006. Digital C-print. Collection of Institute of Contemporary Art, Miami. Purchased with funds provided by Rosa and Carlos de la Cruz.

Probing the intersection of identity, race, class, media, and popular culture, Hank Willis Thomas appropriates images from historical advertisements in order to highlight the way they construct identity and power. “In recent years, I have approached my art practice assuming the role of a visual culture archaeologist,” says the artist. “I am interested in the ways that popular imagery informs how people perceive themselves and others around the world.”

So Glad We Made It features a casual dinner setting in a living room. Two black couples are gathered around a backgammon board eating fast food; the logos on what otherwise resemble McDonald’s wrapping papers and cups are removed. So Glad We Made It is part of Thomas’s photographic series “Unbranded: Reflections in Black by Corporate America, 1968–2008” (2008), which features imagery from print advertisements directed toward African American audiences over the past fifty years. Through this series, Willis Thomas intends to show “that advertising is never really about the product. It’s about what myths or generalizations you can get people to buy into . . . I removed all the advertising information as a way to track blackness in the corporate eye, from the moment that ‘black’ people became a demographic that was worth marketing to.”