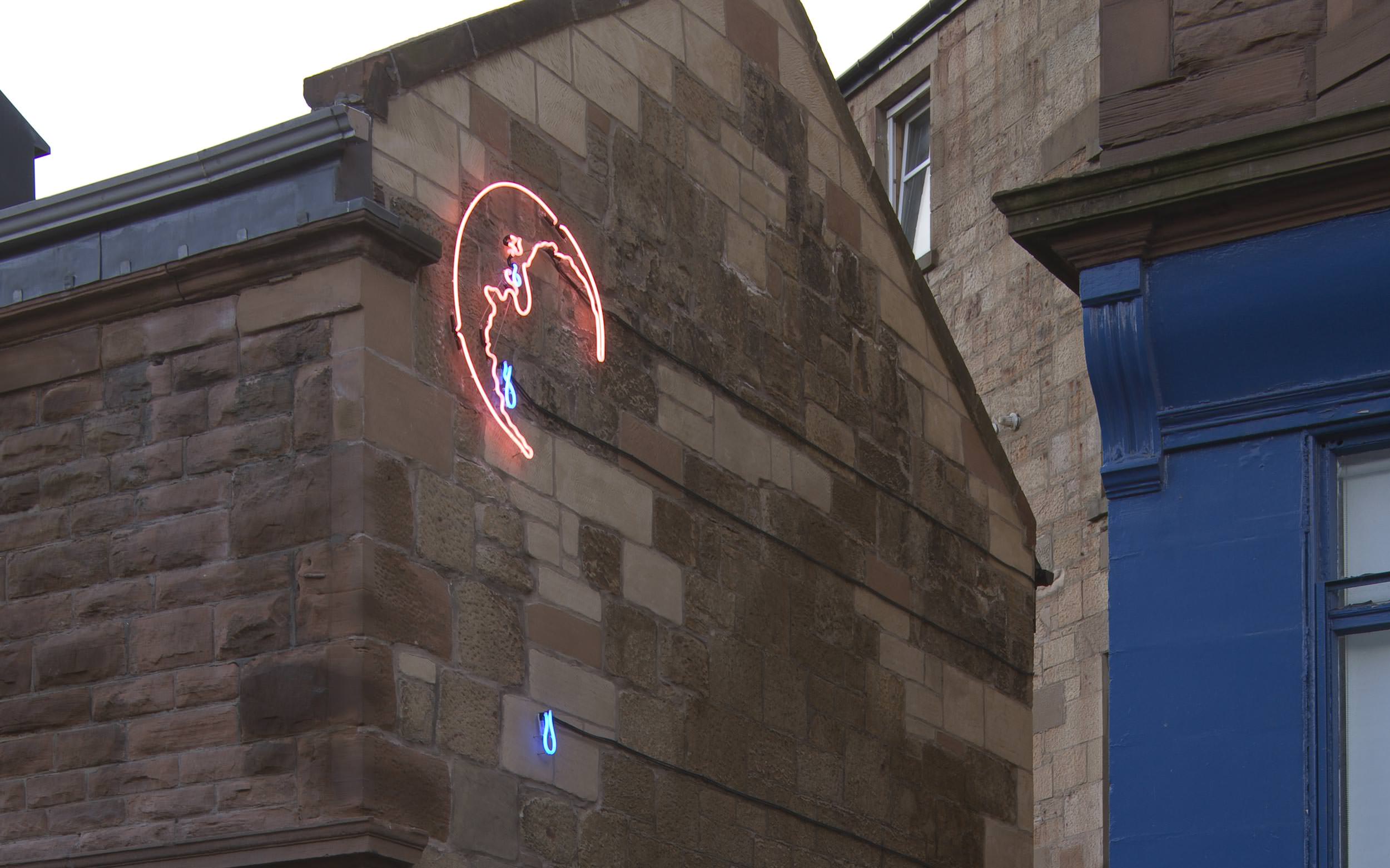 In a number of works, Handforth renders celestial bodies from industrial materials. Weeping Moon, a neon light fixture in the shape of a crescent moon with a face and three tears falling from its eye, appears almost cartoon-like. Exploring the relationship of industry to nature, Handforth’s works express entropy, deconstruction, and decay. Here the moon, which precedes and will likely outlive our cities, melancholically bears witness to these cycles of development and decay while reminding us of the persistence of nature.