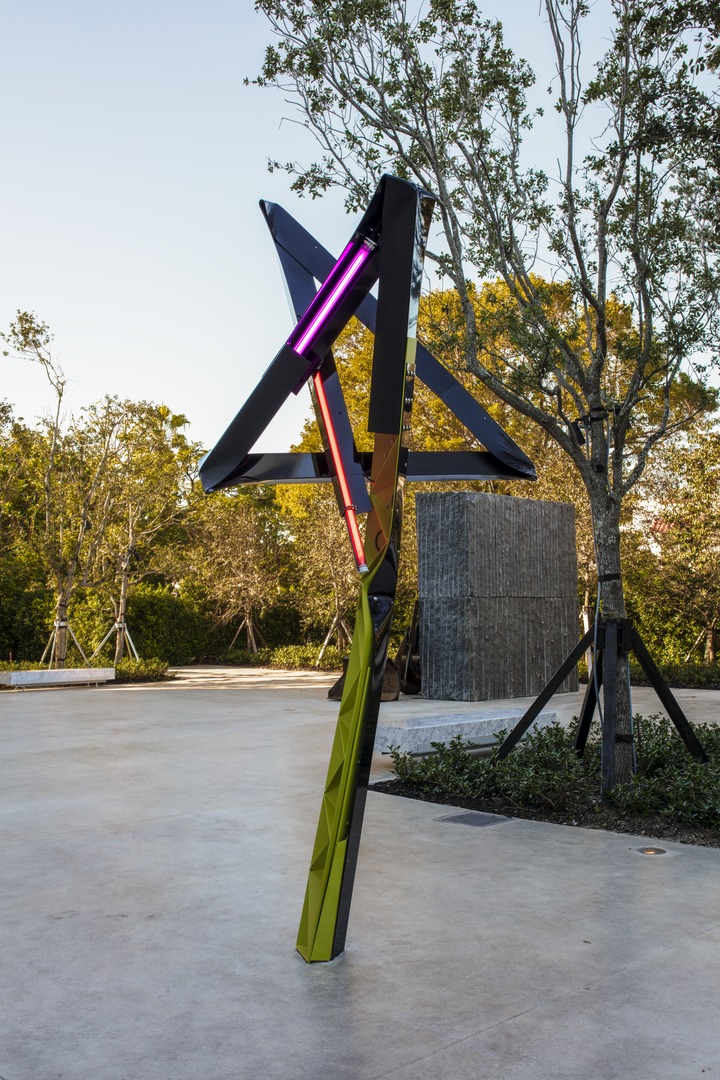 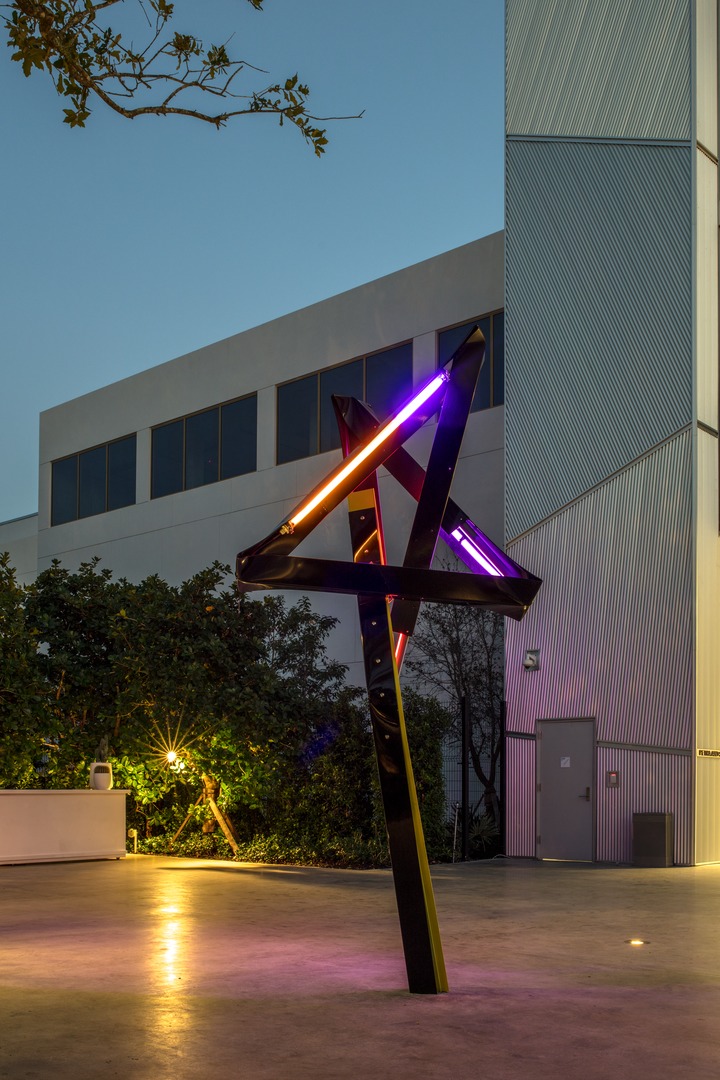 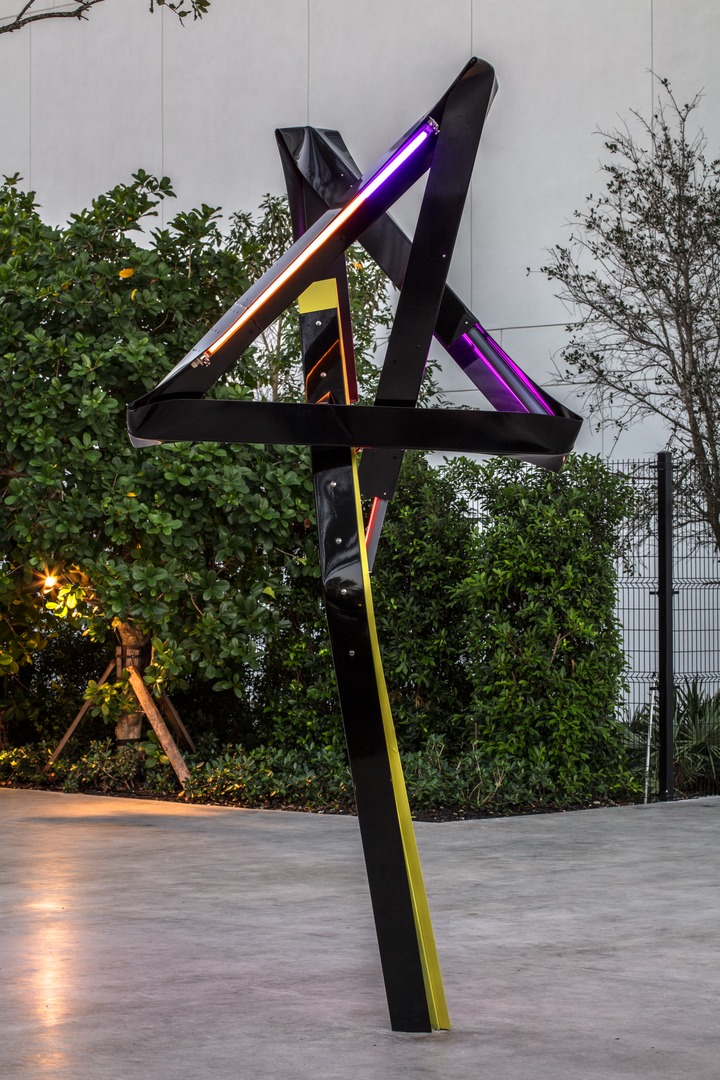 Commissioned by ICA Miami, Dr. Pepper (2017) is made from stainless steel and aluminum, coated in black and yellow enamel paint. Handforth forcefully bent and manipulated the material into a star shape that holds two red and violet fluorescent lights nestled in the folds of its metal angles. Rendered at a monumental size, the work transforms the ubiquitous symbol of the star into a tangible object firmly anchored to the ground. The artist explains that the star is both a “crazed and normal” form that is “everywhere and on and in everything,” something “so recognizable that [it] cease[s] to exist.” Similarly, the titular soda Dr. Pepper, whose branding shares its bright-red color with that of the sculpture’s fluorescent lights, may be just as ubiquitous. With a Pop art appeal, displacing, reframing, and reconstructing everyday symbols, signage, and objects, Handforth liberates the ordinary from its everyday context and grants it a new physical, conceptual, and social existence.