Aramis Gutierrez
Do You Wish to Rise? Begin By Descending., 2013 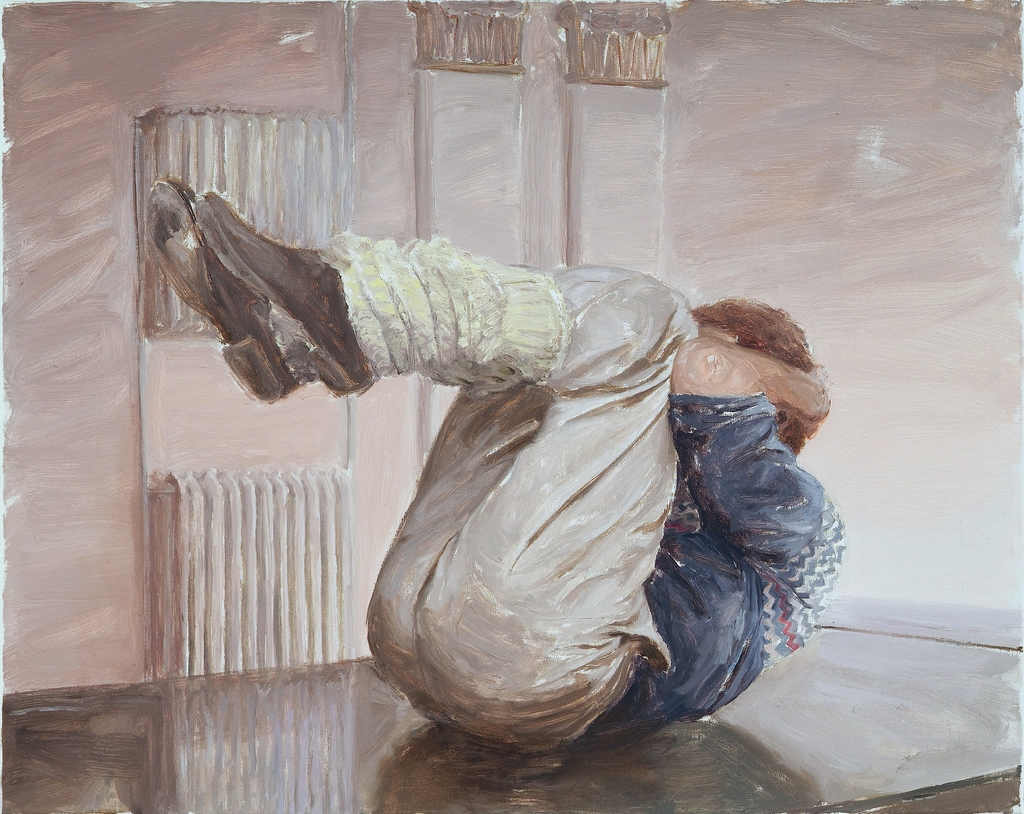 Aramis Gutierrez, Do You Wish to Rise? Begin By Descending., 2013. Oil on canvas. Collection of Institute of Contemporary Art, Miami. Gift of Ray Ellen and Allan Yarkin.

Aramis Gutierrez (b. 1975, Pittsburgh) frequently adapts motifs from cinema to create paintings that critique notions of style and reality. Since the early 2000s, the artist has created hyperrealist scenes that depict everyday life as humorous and surreal. His paintings’ historic technique often contrast with his selection of image and strategies of cropping and zooming in.

Between 2012 and 2014, Gutierrez created “End Game Aesthetics,”a series of paintings depicting ballet dancers midrehearsal. Using imagery found in films including The Turning Point (1977) and The Company (2003), the paintings use a range of pastel and flesh tones in an expressionistic style. For the artist, the discipline of the body at work, in a subtle or extreme pose, is analogous to painting. Gutierrez carefully plans these paintings, creating studies and sketches, and finally lays paint to canvas in a rapid and calculated approach—treating his own painting as performance and an extension of the dancers’ choreography.

Do You Wish to Rise? Begin By Descending. features dancer Gregory Hines in a leotard performing abdominal crunches atop a grand piano set against the background of a ballet studio. The scene is inspired by the Cold War–era ballet drama White Nights (1985) starring Hines and Mikhail Baryshnikov. The painting takes its title from a quote attributed to early Christian theologian Saint Augustine: “Do you wish to rise? Begin by descending. You plan a tower that will pierce the clouds? Lay first the foundation of humility.” The aphorism, which elaborates on the theme, “practice makes perfect” alludes to the continuous study of ballet dancers, as well as the astute technical sensibility that bridges Gutierrez’s subject matter and work: “Dance, like painting, is such an ideal that playing up the cliché of no pain no gain seemed appropriate,” says the artist.